Is there anything left to reveal for Assassins Creed 4: Black Flag?

The latest news in the world of video games at Attack of the Fanboy
March 3rd, 2013 by William Schwartz 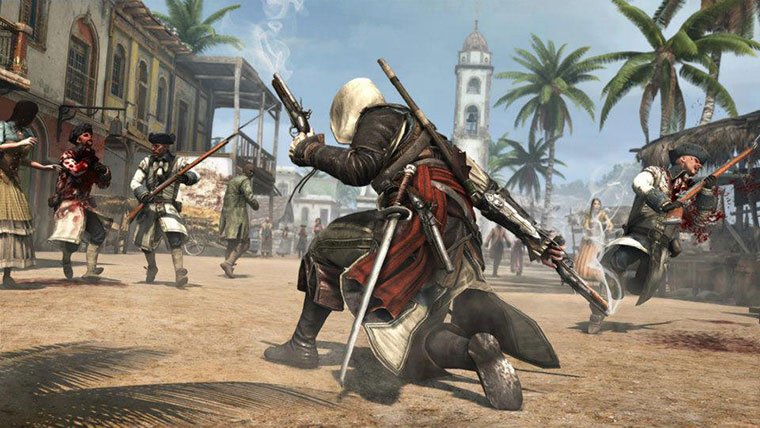 Assassin’s Creed 4: Black Flag is due for a “World Premiere” tomorrow.  Well, it was due for a world premiere.  Following the leak of the new game’s new setting, protagonist, reveal trailer, and now screenshots, is there anything left for Ubisoft to “reveal” about the new Assassin’s Creed game come tommorrow?

The first trailer for the game hit the web yesterday morning, and the was subsequently uploaded to numerous file sharing services.  The video is still up on YouTube, so it’s obviously not worrying Ubisoft too much at this point.  Today, screenshots and artwork have arrived that were likely intended to be used in the previews for the game, which are due to arrive tomorrow.

From what we’ve gathered from both, Assassin’s Creed 4: Black Flag will be similar to previous games.  The screenshots and trailer indicate that many of the things that were introduced in Assassin’s Creed 3 will be returning in this pirate themed game.  Sea battles, tree climbing, and the Kenway lineage will be in-play.

Home / Game News / Is there anything left to reveal for Assassins Creed 4: Black Flag?