The Legend of Zelda: Majora’s Mask 3D Won’t be “Just Another Remake”

The latest news in the world of video games at Attack of the Fanboy
November 8th, 2014 by Kyle Hanson 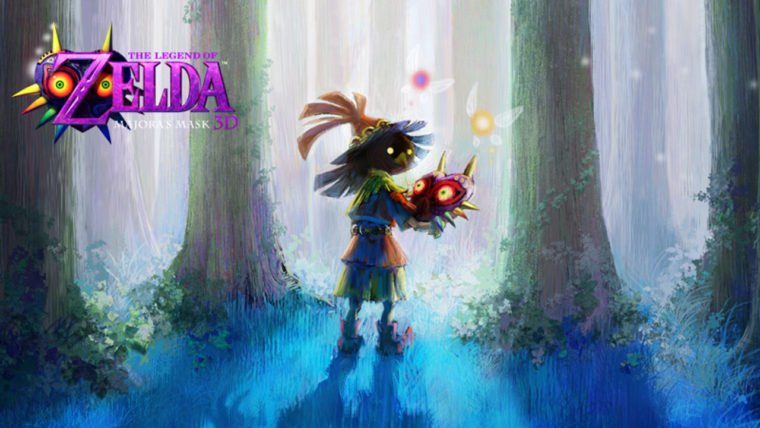 In a post on Nintendo’s Miiverse, Zelda series director Eiji Aonuma has revealed some behind-the-scenes details on the development of the recently announced The Legend of Zelda: Majora’s Mask 3D. The game is a 3DS specific remake of the N64 classic, much like its predecessor The Legend of Zelda: Ocarina of Time 3D was. And according to the post the two weren’t far apart in development.

Aonuma wrote “The Legend of Zelda: Majora’s Mask 3D was actually in development almost immediately after we finished working on The Legend of Zelda: Ocarina of Time 3D, which was released in June of 2011.” This is pretty surprising given the fact that, despite multiple rumors and hints, nothing official was announced until only a few days ago.

The long wait is apprently due to the scope of the project, with Aonuma explaining that this isn’t a quick and easy remake. “So although we’ve been working on the game for quite some time, we didn’t want to say it was being developed until we were at a point where we could proudly say that this is not going to be just another remake and that it’s going to be worth your time. For a while now, when fans from Japan and around the world would ask me if we were working on a Majora’s Mask remake, I would silently plead in my heart, thinking, “Please wait a bit longer!””

Aonuma goes on to explain that while changes have been made, they have worked hard to retain the unique atmosphere and mood that made the original game such a fan-favorite. “We’ve spent a lot of time making sure the gameplay experience is smoother than in the original version without taking away from this unique world…Oh, and I should mention that we haven’t removed the distinct look and feel that are unique to this game, so it should live up to this game’s Japanese catchphrase, “this Zelda has a scary vibe.” Brace yourselves for what this world has to offer!”

The Legend of Zelda: Majora’s Mask 3D will be released exclusively on Nintendo 2DS and 3DS in Spring 2015.