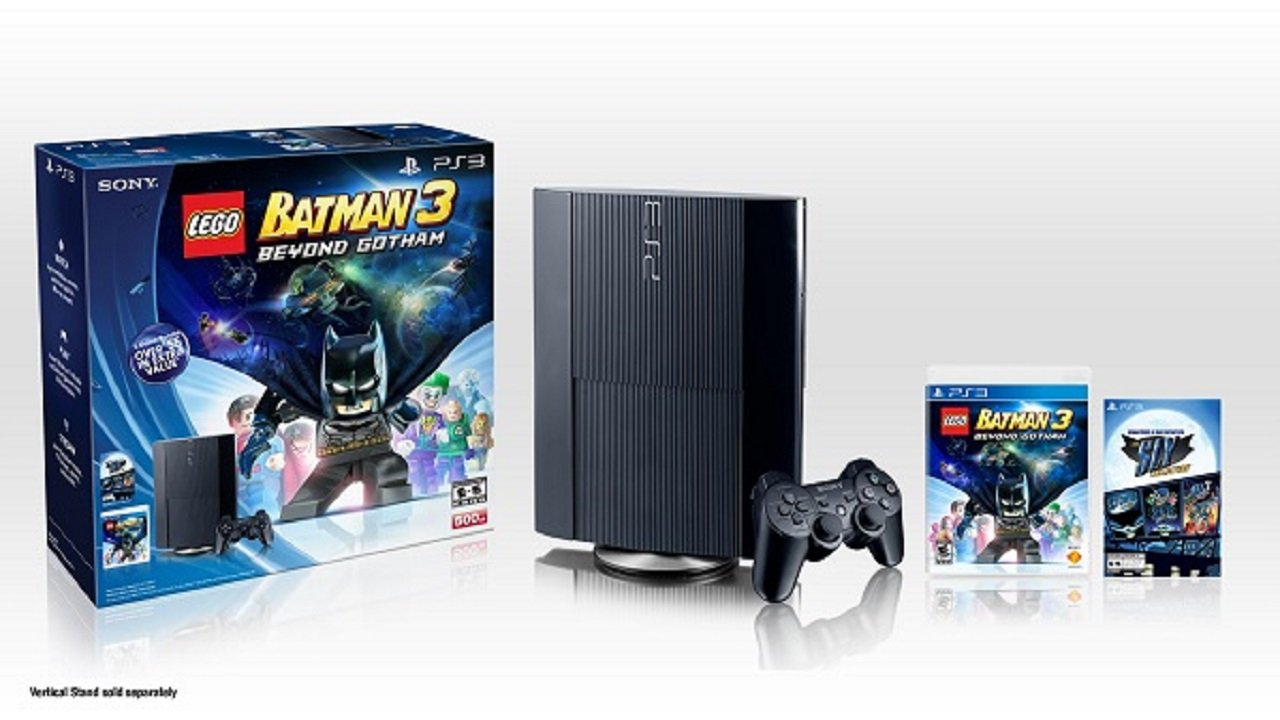 Sony has announced a new bundle for the Playstation 3 coming this November to capitalize on the holiday season.

The upcoming bundle will include a 500GB Playstation 3, a copy of Lego Batman 3: Beyond Gotham and The Sly Collection. I believe the Sly Collection will be included as a downloadable voucher judging by the pack art. The Sly Collection includes Sly Cooper and The Thievius Raccoonus, Sly 2: Band Of Thieves and Sly 3: Honor Among Thieves.  Joystiq reports that the bundle will be $270 like other 500GB bundle models.

Lego Batman 3 is set to have over one-hundred and fifty (150) DC playable characters and follows the events of Lego Batman 2: DC Super Heroes. The heroes will attempt to stop Braniac by traveling to space as he attempts to take over the universe.

Lego Batman 3: Beyond Gotham is set to release on November 11th alongside the bundle. It will also be available on Xbox 360, Playstation Vita, Wii U, Nintendo 3DS, Playstation 4, Xbox One and PC.