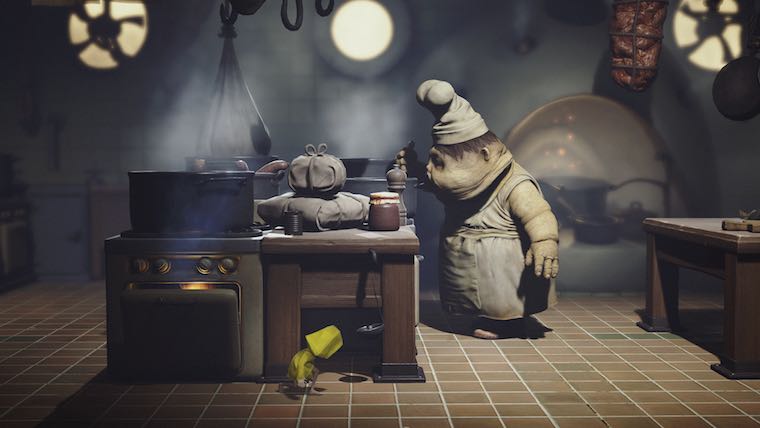 Well, that certainly didn’t take long. A little under two months after the game’s release on PlayStation 4, Xbox One, and PC, developer Tarsier Studios’ genuinely freaky puzzle-platformer Little Nightmares is beginning its journey to the small screen. According to Deadline, directors Joe and Anthony Russo, best known for their work on the most recent Captain America flicks, will executive produce the project for DJ2 Entertainment alongside Dmitri M. Johnson and Stephan Bugaj.

To accurately capture this charming adventure’s unique claymation-inspired feel, Nightmare Before Christmas director Henry Selick — who also directed the underappreciated adaptation of Neil Gaiman’s book Coraline — has been tapped to helm the upcoming project. Unfortunately for fans of Little Nightmares who can’t wait to see how Selick handles the source material, a release date for the small-screen version of the story has yet to be announced as of this writing.

Despite the stigma surrounding adapting video games for the big and small screens, DJ2 doesn’t seem to shy away from projects they believe have potential. The company also snapped up rights to such noteworthy titles as Sleeping Dogs, We Happy Few, and Life Is Strange. Deadline also reported that DJ2 is working alongside Sony Pictures to develop a live-action/CG version of Sonic the Hedgehog. Toward the end of last year, Deadpool director Tim Miller was attached to the project.

Following its release on April 28, Little Nightmares received generally strong marks from critics and gamers alike. The game’s Metacritic score currently sits at 78, while its score from those who’ve played the game presently rests at 8.2. Whether that translates to high ratings remains to be seen.

Attack of the Fanboy’s own William Schwartz seemed to enjoy the adventure for the most part, writing in his review, “What it lacks in gamplay substance is made up for in visual and audio design. If that’s a trade-off you’re worth making, then Little Nightmares is a decent entry for the genre.”