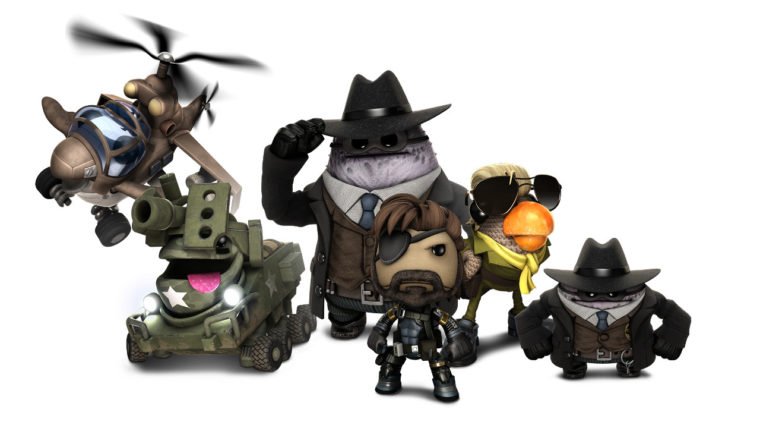 Part of the fun of the LittleBigPlanet games is simply playing dress-up with your character and seeing how cute your Sackboy can look. This looks like it won’t just continue with LittleBigPlanet 3, but get much better thanks to Sony’s support and the addition of new characters to mess with. Those looking forward to this aspect of the game have a lot to be excited about today as Sony announced that LittleBigPlanet 3 will be getting costumes from Metal Gear Solid V: Ground Zeroes and The Order: 1886.

In a post on the Playstation Blog LittleBigPlanet Community Manager Steven Isbell wrote “Fans of LittleBigPlanet will know that we have long supported the previous titles in the series with a fantastic line-up of fun content and you can be rest assured that we plan to support LittleBigPlanet 3 with regular content updates too. Some of you have been screaming to see more costumes for Sackboy’s new friends, so fresh from the Tokyo Game Show this past weekend, we are pleased to give everyone an exclusive teaser of some of our content plans for LittleBigPlanet 3.”

Those updates are the aforementioned MGS 5 and The Order: 1886 costume packs. The post continues “Metal Gear Solid was one of the very first content packs that we released for the first LittleBigPlanet, so it seemed only fitting to team up with our good friends at Konami to bring you some brand new Metal Gear Solid: Ground Zero costumes for LittleBigPlanet 3!” This costume pack won’t just be for Sackboy though, Oddsock, Toggle, and Swoop will also have their own special costumes based around the popular series.

The post also confirmed that the quick tease of The Order: 1886 costumes from the game’s premiere would appear in the final game. Unfortunately no more info was released about these costumes, so all we know now is that Sir Galahad will be included. Presumably the other characters will be used for Sackboy’s friends.

LittleBigPlanet 3 will be available on PS3 and PS4 starting November 18th.