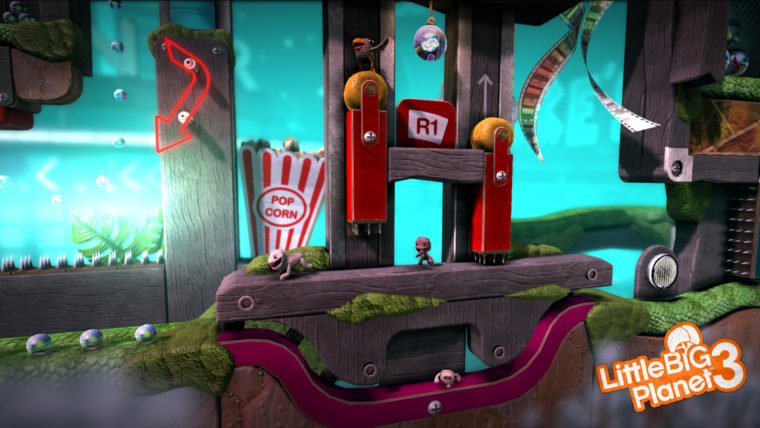 Sumo Digital has now released a small new update to LittleBigPlanet 3. The new patch takes the version number up to 1.20. The full patch notes have also been included.

The LittleBigPlanet 3 update patch was posted via a LittleBigPlanet French fan page. The update is reportedly 90MB on PS4 and just over 100MB on PS3. The patch notes are identical on both versions. You can check them out in full below.

General Fixes: Loading times for community levels and community-made objects have been improved to bring the average loading times of these to be more inline with how they were prior to Game Update 1.19

The game will no longer incorrectly state that you require the SpongeBob SquarePants Premium Level Kit DLC when attempting to edit a level containing assets from the Adventure Time Level Kit. Using Water in Create Mode will no longer causes elements of the Background to disappear when using a Streaming Background.

DLC SpongeBob SquarePants Premium Level Kit: The Floaty Fluid Material will now consistently play the correct sound effects when interacted with. Fixed an issue where players could become stuck in the wall close to the SpongeBob SquarePants Robot in The Chum Bucket level. Fixed an animation error that may occur when Layer Launching OddSock into Floaty Fluid. Fixed some unusual behaviour issues when using a custom power-up made by connecting a Blaster Handle to Floaty Fluid.

It’s great to see that Sumo Digital is still updating LittleBigPlanet 3 on both PS4 and PS3. The game came out way back in November 2014 and is still getting new content.