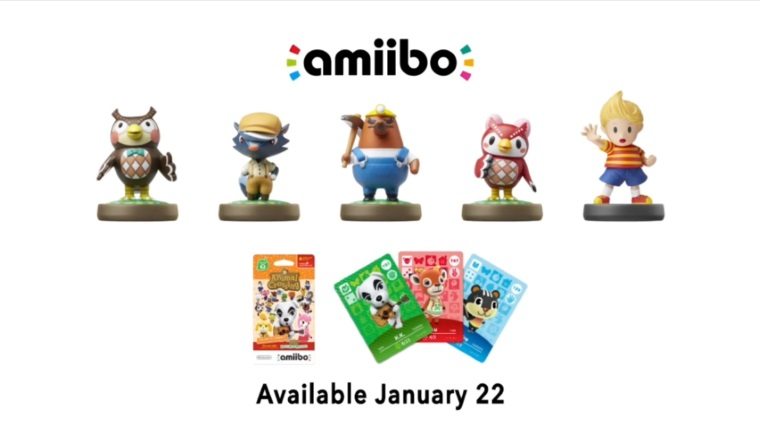 During today’s Nintendo Direct we finally got a set release date for one of the final Super Smash Bros. Amiibo figures. Lucas, the DLC character from the Mother series, will arrive on January 22nd. Along with him will come another wave of Animal Crossing Amiibo, and additional Amiibo cards for the same series.

None of these figures were surprising in that they had been announced previously, though this was the first we saw of a firm release date. Before now it was always “early 2016” or some other window for release.

Animal Crossing Amiibo figures and cards can be used with Animal Crossing: Happy Home Designer, as well as the upcoming Animal Crossing: Amiibo Festival, which will release tomorrow for Wii U. The figures released on January 22nd will include the owls Blathers and Celeste, which fans should be pretty excited about.

Lucas will be the second Amiibo for a DLC character from Super Smash Bros. Mewtwo preceded him by a bit, having been released in some regions already, with a US release coming tomorrow. This leaves a couple of characters left, including Falco, who was a part of the game from the beginning. Don’t expect the Amiibo train to stop once Super Smash Bros. has been exhausted though. More are certainly coming from all Nintendo properties.