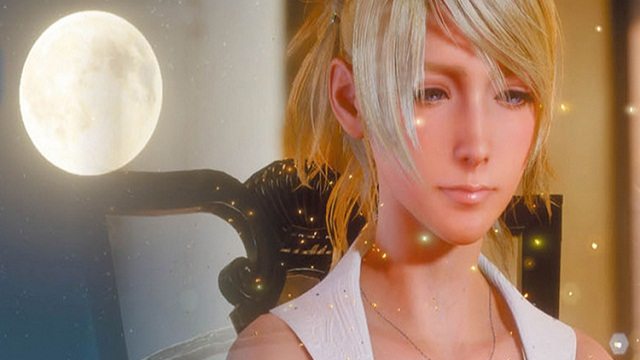 Many people are disappointed there are so many male characters in Final Fantasy XV. Well there is one female seen in the game’s recent trailer and her name is Luna.

The latest Dengeki PlayStation magazine has some interesting new information about Final Fantasy XV. Nova Crystallis has managed to translate some of what Square Enix had to say about Luna and her possible role in the new game. Some people may have noticed she looks slightly different from the blonde girl that appeared in trailers for Final Fantasy Versus XIII.

Dengeki PlayStation still reports Luna in Final Fantasy XV is a “mysterious woman”. They still don’t know yet her relation to Noctis and all of the other main characters of the game yet. They know for now that she has some type of relationship with Noctis. They speculate the two may have known one another for quite some time.

In Final Fantasy Versus XIII, the female character was named Stella Nox Fleuret who was also blonde. It’s not known yet if Luna is still the same character or someone else entirely. Stella was created by Tetsuya Nomura, but he is no longer the director for the game. It’s possible Luna is just a new character altogether.