The latest news in the world of video games at Attack of the Fanboy
January 1st, 2012 by William Schwartz 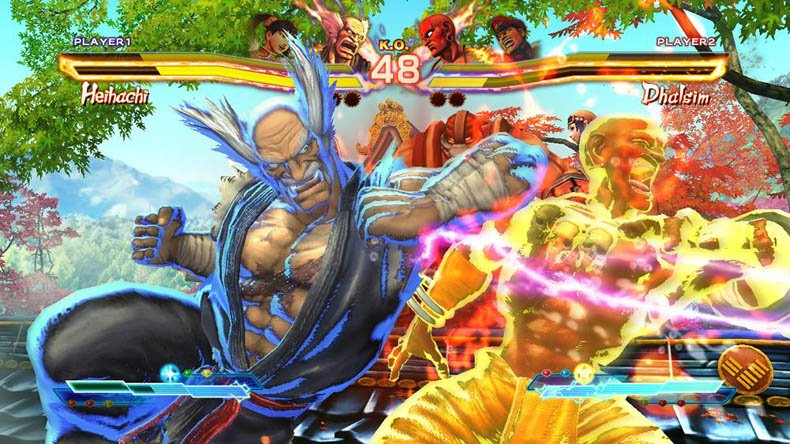 Microsoft has updated the Xbox Live Marketplace with new images from Street Fighter X Tekken, the fighter which is due out later this year.  We haven’t exactly had the full rosters for the fighter confirmed as of yet, but these latest images show two characters that have yet to be announced for the fighting mash-up.

In an image that has Heihachi fighting Dhalsim, you can see images of the Street Fighter mainstay, M. Bison,  and Ling Xiaoyu from the Tekken franchise.

The full roster of new screenshots are below, Street Fighter X Tekken hits the PlayStation 3 and Xbox 360 on March 6th, 2012.