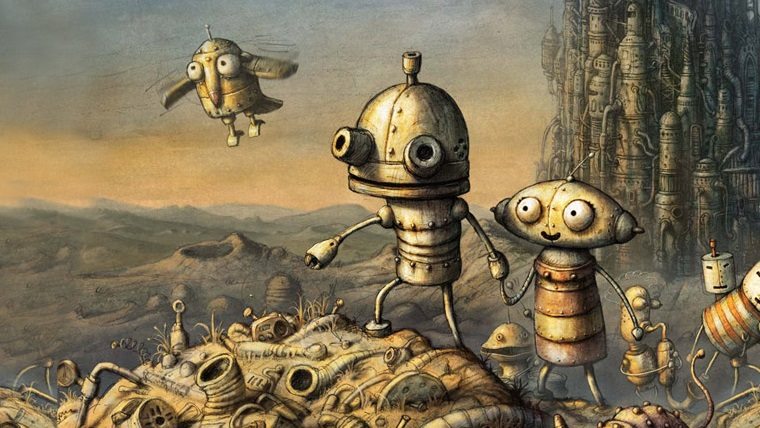 The classic point-and-click adventure called Machinarium may be making its way to the PlayStation 4, as an age rating has been spotted that was given by PEGI. The game originally launched in 2009 for the PC, though it has since been ported to the PlayStation 3, PlayStation Vita and mobile devices.

Interestingly enough, the PEGI rating gives a release date of February 29th, though unless a surprise announcement and immediate release happens today that is looking unlikely. It’s possible that the release date was just a placeholder, though, and doesn’t rule out the possibility of it coming to PlayStation 4.

Machinarium is described as an adventure game starring a little robot that was thrown out of the scrap yard by the Black Cap Brotherhood, causing him to fight back to return and save his robot girlfriend. It includes countless logic puzzles, brain teasers and mini games meshed into a 2D hand-drawn mechanical world that has gotten rave reviews since it launched.

We don’t have an official announcement yet, so be sure to stay tuned if and when Machinarium is revealed for PlayStation 4.