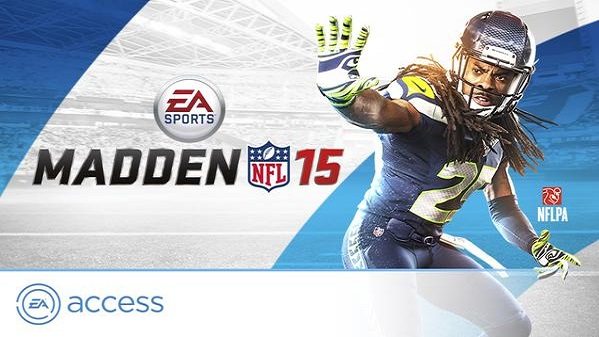 EA Access may be getting a bad wrap by being only available on Xbox One, but the monthly service does have a few things going for it. Namely, its content and consistent flow of new content. Subscribers have a new game to play today as Madden 15 has been added to the vault.

Announced earlier today via Twitter, fans will be able to experience all that Madden 15 has to offer via EA Access. Simply go to the EA Access application on Xbox One and download the game from the vault. Players can partake in Madden Ultimate Team, online franchise, head to head matches and much more with no extra charge other than the EA Access subscription.

EA Access is available via a monthly $4.99 fee or a yearly subscription for $29.99 on Xbox One. EA Access currently has Plants vs. Zombies: Garden Warfare, FIFA 14, Battlefield 4, Need for Speed Rivals, Peggle 2 and more all available in the vault as apart of the subscription. It will also allow players to try Battlefield: Hardline for a limited time ahead of the March 17th release date.  Players will be able to try the title out for 10 hours starting on March 12th, five days prior to Battlefield: Hardline‘s release.