The latest news in the world of video games at Attack of the Fanboy
July 29th, 2016 by Dean James 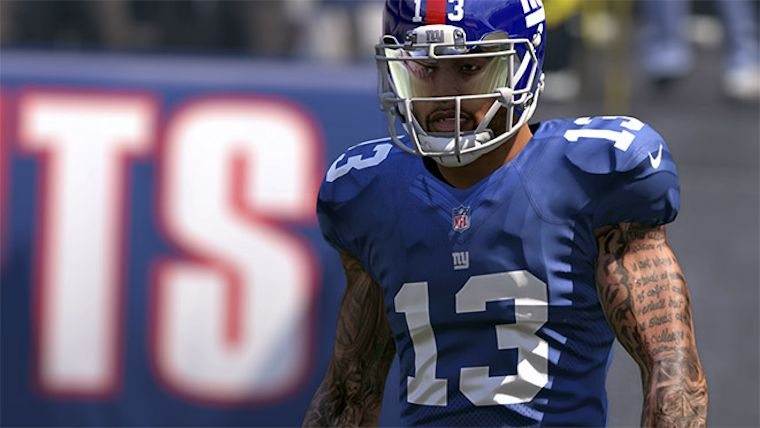 The latest iteration of Madden is almost here with Madden 17 and that means EA Sports is giving us plenty of player ratings reveals in the lead up to release. We’ve already seen a few positions and now it’s the wide receivers’ turn with the top five rated players at that position.

The #1 ranked wide receiver is no surprise at all, as Pittsburgh Steelers WR Antonio Brown has been one of the most consistent players at the position for a few years now that seems to only be getting better with his 97 OVR. His 98 route running and 98 catch in traffic make him a huge weapon that compliment Ben Roethlisberger and Le’Veon Bell that also made the top 5 for QB and RB respectively for the Steelers this year.

Just narrowly behind Brown is Atlanta Falcons WR Julio Jones with a 96 OVR. Jones is without question one of the most explosive players in the league and his 97 spectacular catch rating makes him not only a blast to watch in real life, but very dangerous in the game as well.

Dropping by a few points from #2 is another one of the best in the league with the Cincinnati Bengals’ AJ Green, who has a 93 OVR. Green may not have quite the speed of our top two players, but he is nearly as explosive with his 97 spectacular catch, 95 catch in traffic, and 94 route running.

Green is not the only player at this position with a 93 OVR, as our #4 and #5 also have the same. The fourth ranked WR in Madden 17 is that of last year’s cover athlete Odell Beckham Jr for the New York Giants. He may have taken a hit based on his antics last season by some, but he’s still an incredibly athlete with the unbelievable 99 spectacular catch rating that allows him to make his insane one handed grabs.

Last on the list of the top wide receivers in Madden 17 is one of the fastest rising starts in the league with Houston Texans WR DeAndre Hopkins. With a 92 speed and 93 acceleration, Hopkins is the definition of a speedster that can catch with the best of them.