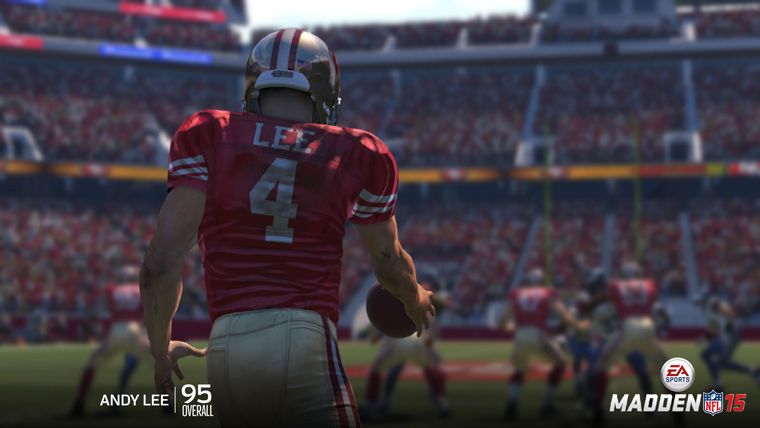 EA Sports’ new Madden NFL 15 video, titled Madden Season, is three and a half minutes of craziness that must be seen. Starring Kevin Hart and Dave Franco, the video is full of hilarity and strangeness that cannot be described in words. At one point I think I saw some CGI dolphins, and a man in a bear suit playing the violin. I might have hallucinated all of that though, I’m really not sure. Some other standout moments from the delightfully random video are the initial stare-off, singer Conway being stuck in a pool, and of course “LET IT BURN!”

There isn’t much else to talk about here other than to recommend watching the video. Even if you aren’t a fan of football and have no plans to buy Madden NFL 15 it is a fun and not-too-serious video that you can enjoy quite a bit. As they say in the video description “don’t ask why”, and just enjoy. With the game releasing in just a couple of weeks it is indeed getting close to “Madden Season”, so why not get hyped.

Madden NFL 15 will be released on August 26th for PS3, PS4, Xbox 360, and Xbox One. The game comes in both a regular edition and ultimate edition, which can be pre-ordered here. The Madden NFL 15: Ultimate Edition comes with the Pro Pack and Draft Pack, which amount to $40 worth of bonus content for Madden Ultimate Team.