Madden NFL 15 Top OLBs Are Masters At The Pass Rush 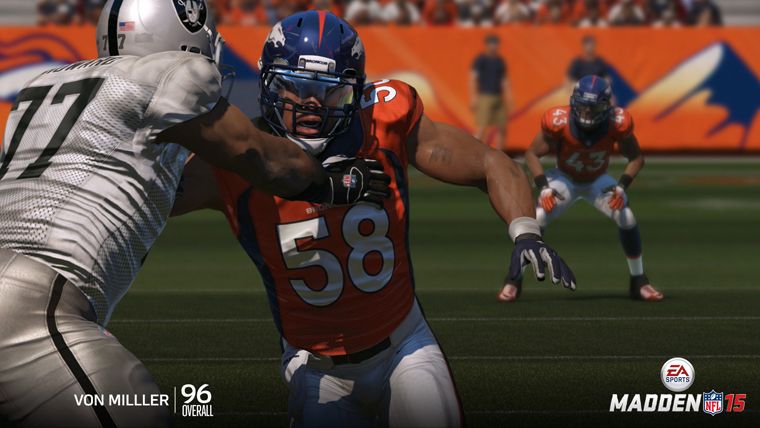 Madden NFL 15 finally releases today to the public but that doesn’t mean we are stopping our coverage for the game. We’ve been bringing you the top rated players at each position in the game and today we bring you the next piece of the defense, the outside linebacker. This position is vital for shutting down the passing game by rushing the QB and forcing throws under pressure and we have the top five for you in the game.

Von Miller has been dominating opposing quarterbacks for years now and that is what puts him at the number one spot on this list. Miller features good speed and acceleration at the position, but his finesse moves rating is what sets him above the rest, with the highest in the game for a LOLB at 97 OVR.

The second rated OLB joins the ranks of the other two top rated 49ers linebackers, as Aldon Smith manages to be ranked this high, even with all his legal issues over the last few years. That just shows how good of a player at the position he truly is for the 49ers.

The full top five outside linebackers can be found in the gallery above, with analysis as always from EA Sport’s Donny Moore, the Madden ratings master.