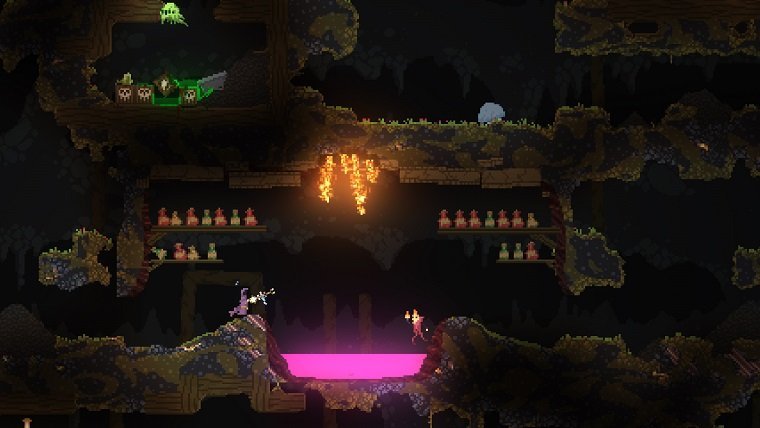 Noita (the Finnish word for ‘Witch’) is described as a “magical action rogue-lite set in a world where every pixel is physically simulated.” Players can “fight, explore, melt, burn, freeze and evaporate your way through the procedurally generated world using spells you’ve crafted yourself.”

The game will feature pixel-based physics, magic, and a procedurally-generated world. Not only can spells be used to defeat your enemies, but they can even be used to “manipulate the world around you.” Since it is a rogue-lite, death will be permanent, but people can use their previous knowledge of Noita to make it further the next time.

For now, the plan is to focus on releasing Noita for Windows PC as an Early Access game. Nolla Games says they will announce a full launch date when they feel confident in one. The team may look into porting it to other platforms after its initial launch.

Nolla Games was formed by the creators of indie hits like The Swapper, Environmental Station Alpha, and Crayon Physics Deluxe. Noita will be the team’s first game as a studio.