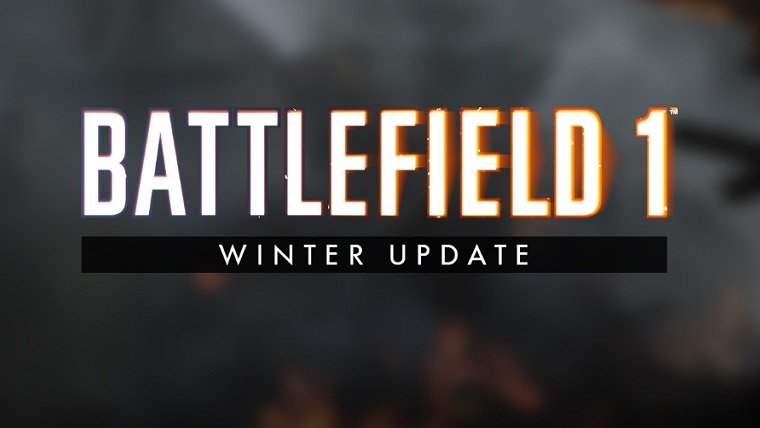 Battlefield 1 is receiving its long-awaited Winter Update today, and now DICE has detailed what fans can expect to get from it. There are several big things in store, which deal with fixing bugs and improving the game’s progression systems. It had originally been set to be a smaller patch, but fan feedback lead to it becoming something else entirely.

As for what is included with the update, one of the biggest changes is the increase of the maximum class rank from 10 to 50. This is available for all of the classes in the game, from the base classes to the specialized ones. While it sounds like a big jump that might be a grind, they also confirmed that reaching milestones of 20, 30, 40 and 50 will unlock new dog tags and customization options for your kill card.

If you’re someone who has rented servers then you’ll find that you have a new kick and ban option, as well as being able to allow for map voting. Players will be able to vote for one of two possible maps on the screen with this feature turned on, allowing for a bit more player input. Don’t get your hopes up for this feature coming to official servers, as the company will not be adding the feature anytime soon. However, they did say that if the player response was positive enough, then they would consider adding it sometime down the line.

Ribbons will also be back in the mix, serving as a contrast to the current medals system. Unlike the medals that need to be selected in order to work towards their objectives, ribbons are tracked constantly and you can work towards all of them at once. There’s set to be 20 of these added to the game in the update, though more will be coming in the future.

There’s a lot more where this came from, and you can check out the complete patch notes below:

You will now be able to collect Ribbons as you play. There are 20 different Ribbons to collect, and each time you get a Ribbon you also receive a 300XP. The Ribbons are designed to promote good teamplay and playing the objective. If you have suggestions for other Ribbons you’d like us to add, we’re always listening! This is just the beginning.

Tweaked the damage behavior of the 12 g Automatic shotgun to balance all variants better against each other: