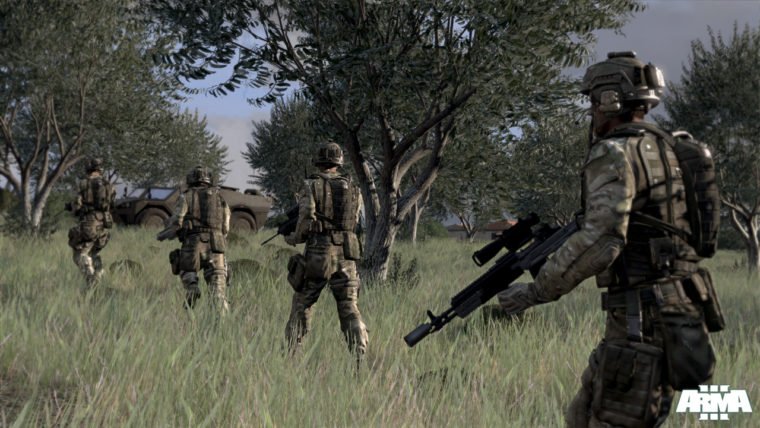 Bohemia Interactive, creators of the military simulator Arma franchise and the standalone version of DayZ, have today announced the winners of the Make Arma Not War contest.

With a total prize pool of €500,000 the Make Arma Not War contest was aimed at towards players who created additional content for Arma 3. The contest was broken down into four distinct categories: Total Modification, Singleplayer Game Mode, Multiplayer Game Mode, and Addon. Total Modification looked for the single best entry, with the rest of the categories selecting the top three entries to the competition.

The winners, per category, are:

In collaboration with the International Committee of the Red Cross (ICRC), Bohemia Interactive created an additional award called the Health Care in Danger Special Award. Presented to the entry which best covered health care in danger, the award went to RobJ2210 for his Pilot Civilian Air Rescue On Missions and will receive a one-week trip to an ICRC mission.

Here’s a quick video from Bohemia, which shows off all the winning entries: