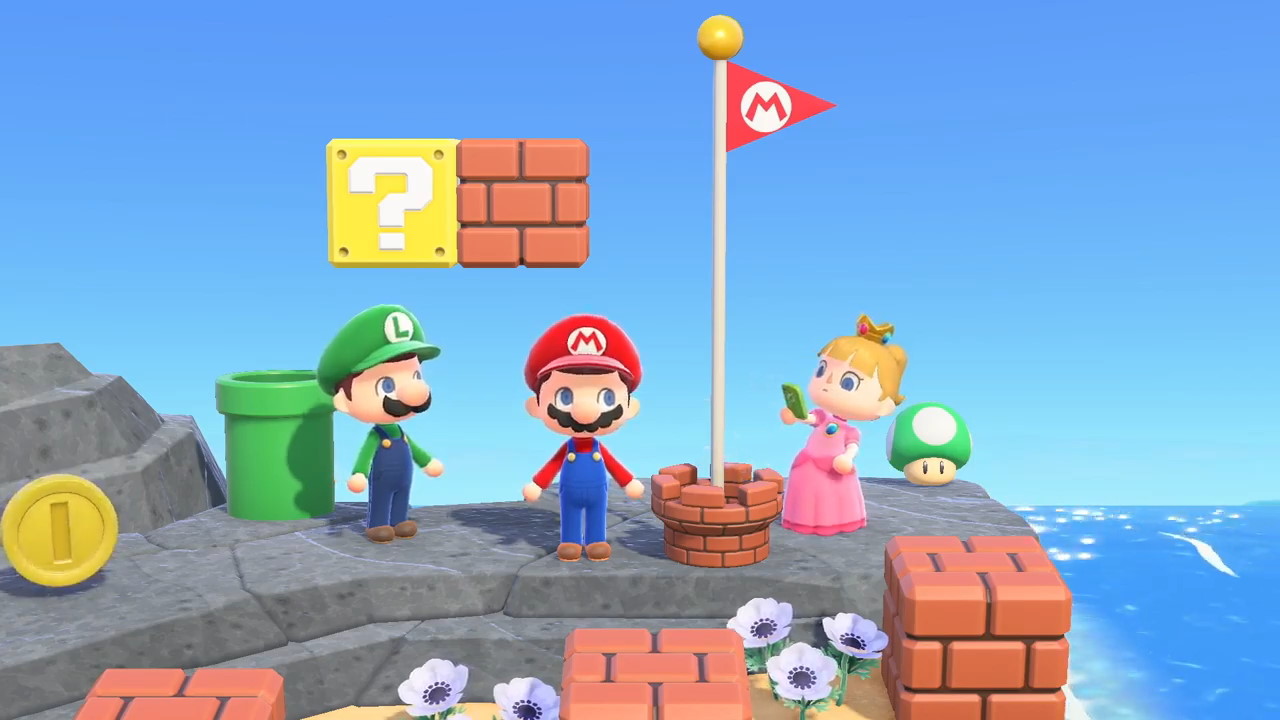 A new update will arrive for Animal Crossing: New Horizons bringing a bunch of new items to the game. What kind of items? Mario stuff. That’s right, Nintendo’s biggest franchise is merging with one of its latest best selling games. Mario themed costumes and various decorations will be coming to the game in the update, but more importantly there is a new Warp Pipe that actually alters how you traverse your island. The update arrives on February 25th but the items will only be available starting March 1st.

Mario, Luigi, and Wario costumes were all shown in the short segment during the latest Nintendo Direct presentation. Along with them come a bunch of furniture and other decorations, including Thwomps, brick blocks, stars, Koopa shells, mushrooms and much more. But the star of the show seems to be the Warp Pipe. Acting as teleportation points, you can place them around your island for quick travel.

How do you get all this cool new Mario stuff on your Animal Crossing: New Horizons island? Easy, download the update on February 25th then wait until March 1st. Starting then the items should be available at Nook’s Cranny or via the shopping app on your Nookphone.