Mario Tennis Aces Arrives In June On The Nintendo Switch 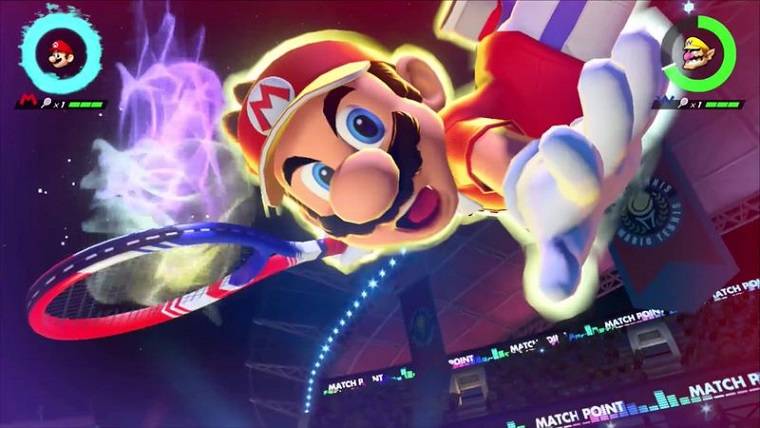 Following a leak which revealed some details about the upcoming Mario Tennis Aces, Nintendo has confirmed the June release date and offered a slew of information about the latest Mario-themed tennis game.

First of all, the game will feature a wide cast of characters such as Mario, Peach, Luigi and Bowser, who can be taken to multiplayer content (online or local) and a story mode — the first since 2005’s Mario Tennis: Power Tour on the Game Boy Advance where they will work to complete missions and boss fights against entities like a massive Piranha Plant.

Next, there are quite a few interesting mechanics that will be making its way into Aces. There’s the Zone Shot — aimed using motion controls — which can damage an opponent’s racket. A racket can only sustain three hits from a zone shot, and you’re forced to forfeit the match if you run out of rackets, so players must utilize perfectly-timed hits to send the shot, as well as the all-powerful Special Shot, back at their aggressor.

On the other end of the spectrum, there’s Zone Speed, which works like bullet time, allowing you to get to balls you wouldn’t normally be able to reach. It will also serve as an effective way to line-up your swings to counter an incoming Zone or Special Shot.

All of these abilities are powered by energy from a gauge that slowly fills up over the course of a rally. A much faster way to replenish it is to use a Trick Shot, which lets you jump to cover more ground, but also must be timed properly.

Thankfully, if you don’t want to deal with any of that stuff, players have the option of playing under “simple rules,” where only basic shots — topspin, slices, lobs, etc. — are allowed.

Lastly, players won’t be confined to using only a single control scheme. As mentioned before, motion controls can be used to execute more advanced maneuvers, though the simple swinging of the Joy-Con is also an option for those who prefer it.

Mario Tennis Aces is will arrive on June 22.