The latest news in the world of video games at Attack of the Fanboy
January 11th, 2018 by Dylan Siegler 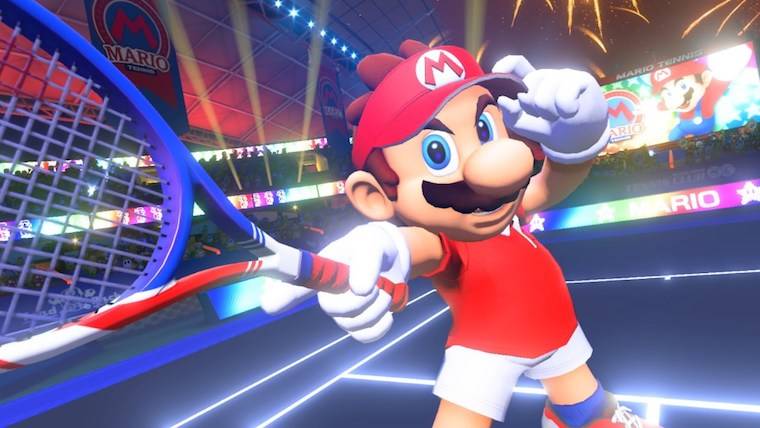 Today (January 11), a surprise Nintendo Direct Mini was held that gave some information about a ton of Nintendo Switch games, both old and new. One announcement made during the presentation was the revealing of the next Mario Tennis game, Mario Tennis Aces.

It appears based on footage of the game that was shown during the announcement that Mario, Luigi, Wario, Waluigi and Donkey Kong will be playable characters in the game, though I’m sure there will be many more revealed over time as well, given that the announcement boasts “a variety of characters.” Mario Tennis Aces will also include a new mechanic that allows players to “read an opponent’s position and stroke to determine which shot will give you the advantage.” This new entry will also see the first Story Mode in the series since 2005’s Mario Tennis: Power Tour for the Game Boy Advance. This new Story Mode will apparently offer “a variety of missions, boss battles and more.”

Mario Tennis Aces will be a Nintendo Switch exclusive and is expected to release sometime in the spring of this year. You can watch the full announcement of this game in the new Nintendo Direct Mini presentation, which you can view in the video below.