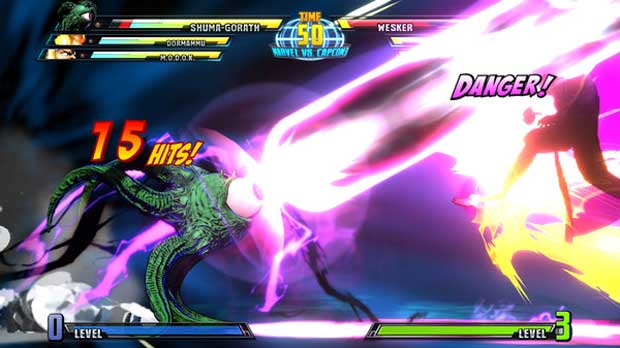 These two will be coming to the game as DLC, but if you order the Marvel Vs Capcom Limited Edition of the game from the Capcom Store, you can get your hands on them that way as well.

After a decade of waiting, the biggest names from the Marvel Universe will clash head on with the combined might of Capcom’s best known and most feared roster of gaming characters in Marvel Vs Capcom: Fate of Two Worlds.  The Ultimate Face-off begins on 2.15.11 on the Xbox 360 & PlayStation 3