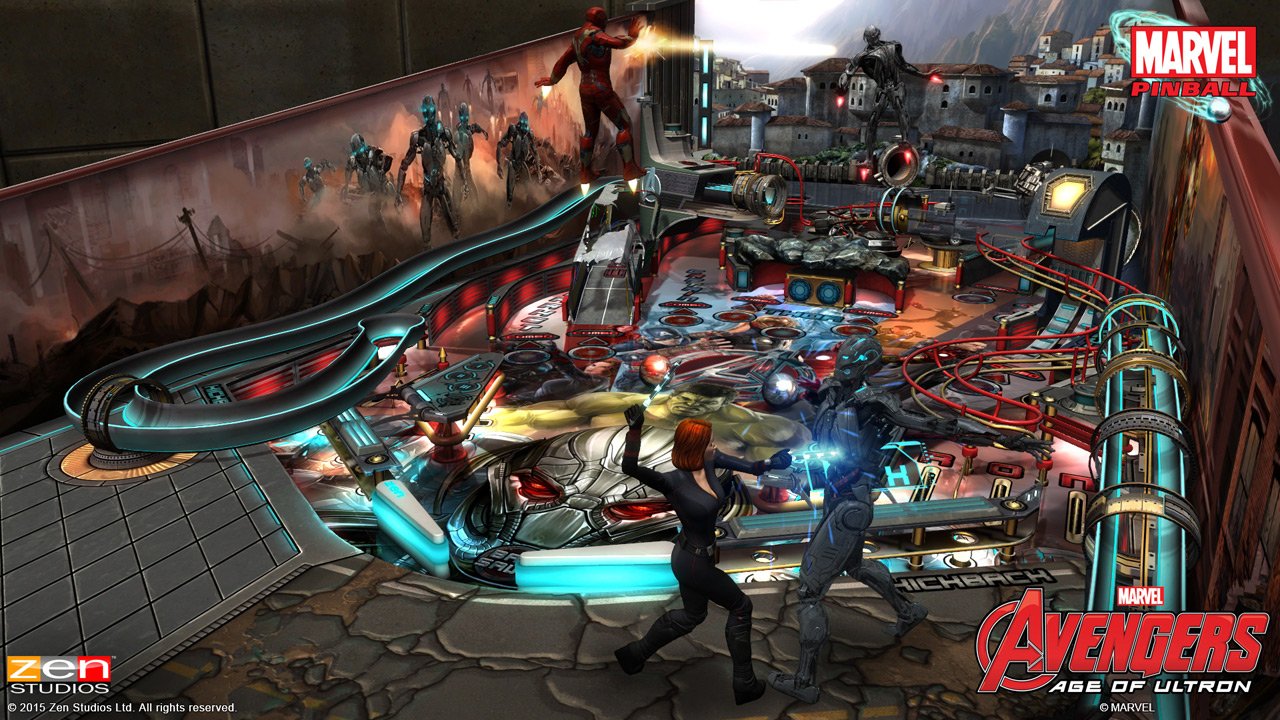 Zen Studios made the announcement this morning via their blog to include the new Avengers: Age Of Ultron table to coincide with the upcoming movie of the same name. The table will feature dedicated modes for each member of the Avengers, including a first-person section for Hawkeye and an epic duel between Iron Man and Ultron himself. The table will also feature three selectable difficulty levels (easy, medium, hard) to cater to all kinds of players. Look at that Hulk-Buster armor on the side of the table! The table itself looks crazily detailed and is set to offer a wide array of gameplay for fans. Of course like all other tables it will include leaderboards so be prepared to compete with your friends when it releases later this month. 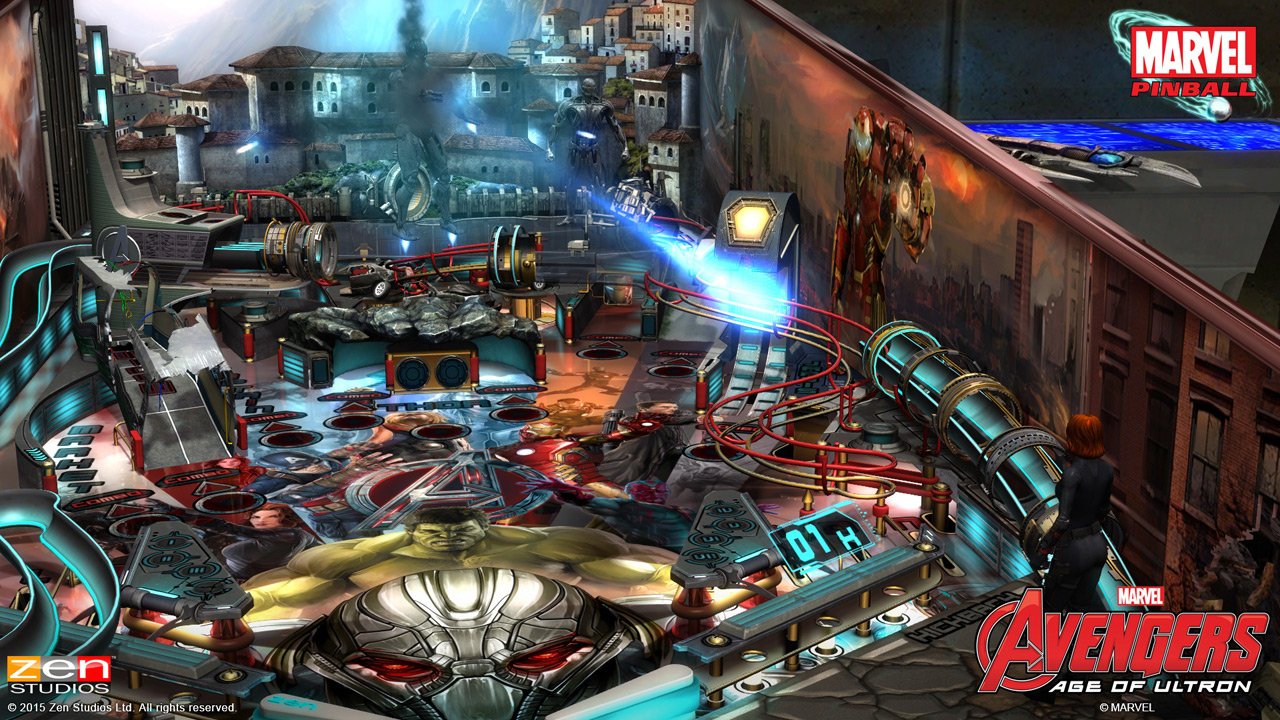 The Zen Studios created Marvel’s Avengers: Age Of Ultron table is set to release the week of April 21st on PC, consoles and mobile platforms. It has no exact release date yet but it is hoping to even include a Wii U release in there as well.