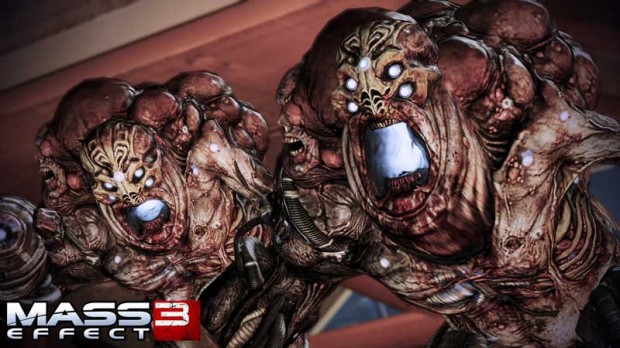 Conversations in the Mass Effect franchise have always been a large an integral part to the game, and the way that story of Commander Shepard has unfolded.  Both Mass Effect 1 & 2 had plenty of scripted conversations with multiple ways to branch the story.  In Mass Effect 3,  Rob Blake of Bioware says that the game doubles the first two games with over 40,000 lines of dialogue.

@george_poliakov We do our best to keep consistency but it's tough with 40,000 lines! We've got new techniques on ME3 that improve it tho!

Quite a feat when you think about how deep the previous games were.  Does this mean that Commander Shepard will have more choices in his quest to save the galaxy?  Or is it just a function of the newly announced “Galaxy at War” mode that brings multiplayer to the Mass Effect franchise for the first time?

We’ll have to wait and see.  Mass Effect 3 is due out in March of next year.