Mass Effect 3 will launch with the Nintendo Wii U 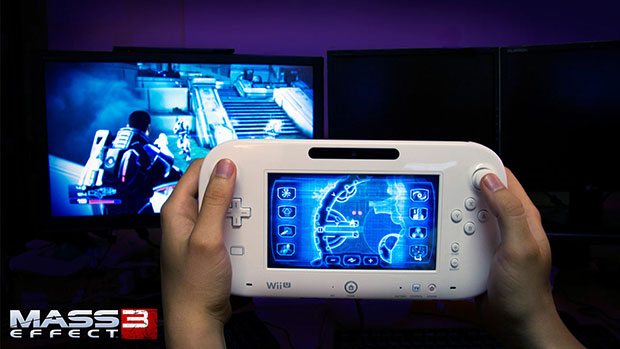 Electronic Arts has confirmed today that their popular Mass Effect franchise will arrive with the Wii U launch later this year.  While the game content will likely be very familiar for those that have already played Mass Effect 3 on the other platforms that it released on earlier this year, the Wii U version of Mass Effect 3 will feature a unique control scheme that takes advantage of the Wii U tablet.

The game will feature multiplayer via the Nintendo Network, downloadable content, and will come bundled with the Extended Cut ending that was just recently released on the PlayStation 3, Xbox 360, and PC.

Being that this is the first Mass Effect title to arrive on Nintendo consoles, Bioware will use a similar method to get first time players up to speed on the many characters and their dynamic relationships that were forged throughout the three games.

There’s no concrete release date for the Wii U as of yet, but many titles that are rumored to launch alongside the console have a vague “Holiday” timetable attached to them.