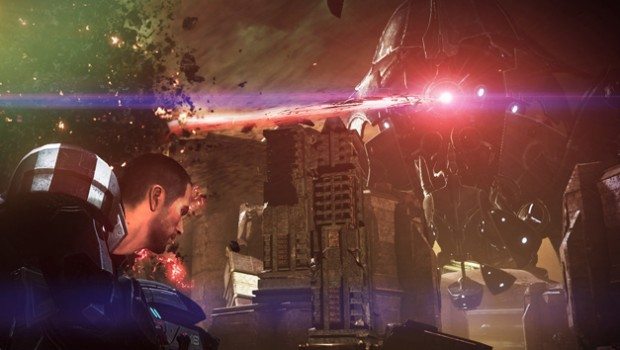 It was revealed today at GamesCom that Mass Effect 3 will see its first single-player DLC titled, Leviathan, hitting the marketplace for the PS3, Xbox 360 and PC on August 28.

As previously reported, the Leviathan content for Mass Effect 3 will center around a rebellious Reaper who has opted to go rouge. As a result, it becomes Shepard’s job to recruit him into becoming a War Asset to the Alliance. It is expected that the DLC will feature Shepard being tasked with rescuing a scientist from a Reaper-indoctrinated mining facility that has been under the control of a Reaper named “Leviathan” for a decade. Leviathan has been in exile since killing one of his own, providing Shepard with an opportunity to turn it against the other Reapers.

While it won’t reverse your exasperation in the way Mass Effect 3 ended, Leviathan will give you other incentives to play the title again…aside from repetitive co-op, that is, which may or may not be enough to entice you not to trade it in for store credit.