Mass Effect: Andromeda Might be the Funniest Game in the Series 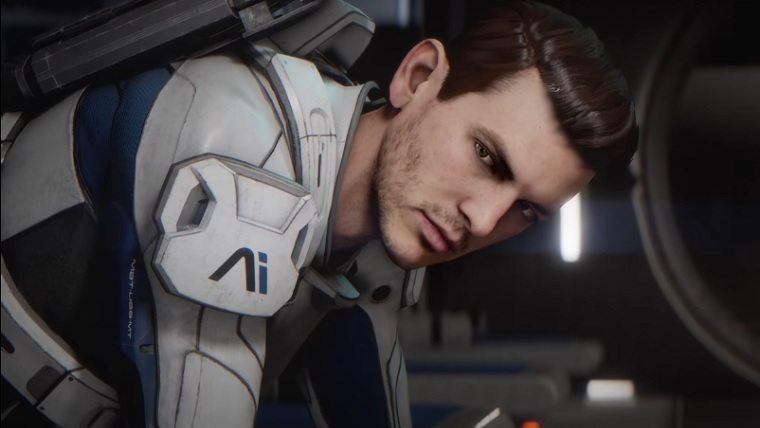 The Mass Effect series is known for a lot of things, such as its tight combat, deep role playing system, fantastic characters, and well written storylines. Though with all of that going for it, it never really had a ton of comedy. That seems like it might change with Mass Effect: Andromeda.

I came to this conclusion based on just the short demo of gameplay shown off at PAX East 2017, where Bioware hosted a panel dedicated to the game. Showing off an entire single player level, full of action, adventure, and all the things you expect from Mass Effect, it also surprised me how funny the whole thing was.

I won’t spoil the story or the jokes, but be sure to check back for the panel’s video once it’s available. To summarize, there were tons of little jokes involving references to Star Wars, funny interactions between characters, and tons of other little moments. Two that came back-to-back were something hilarious with a door opening and a joke involving a comm link with a new enemy.

The entire crowd at the PAX East 2017 panel were cracking up, and as the demo kept going it seemed to get funnier throughout. Which makes a lot of sense considering the dark nature of the original Mass Effect trilogy’s story. With the fate of the galaxy on the line, there’s not much room for jokes, though Mordin Solus definitely did his best to lighten the mood.

Bioware did explain that they wanted to do something new for the series, which is why we’re getting Andromeda and not Mass Effect 4. Part of that was likely the freedom to expand their storytelling options, moving away from the “fate of the galaxy” sort of thing and into a more casual space adventure.

As they explained later on in the panel, this is actually a part of the new alignment system, which moves away from Paragon and Renegade. The new protagonist for the game can be “more of a wise ass” as they explained, allowing for more of these funny moments throughout.

Find out if Mass Effect: Andromeda is truly the funniest game in the series when it hits PS4, Xbox One, and PC on March 21st.

Home / Game News / Mass Effect: Andromeda Might be the Funniest Game in the Series