The latest news in the world of video games at Attack of the Fanboy
May 10th, 2017 by Kyle Hanson 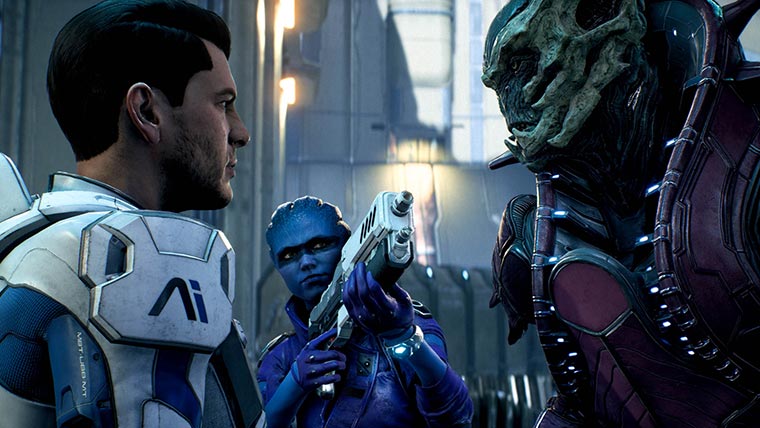 Mass Effect: Andromeda Update 1.06 is rolling out now across PS4, Xbox One, and PC. The game had to take some time off for a maintenance period to prepare for this update, so players have been expecting some big things. The game has improved a lot since launch, with stability and quality of life improvements making their way in via previous patches. So what does update 1.06 do? Check out the patch notes for the details.

According to Bioware’s official Mass Effect: Andromeda Update 1.06 patch notes, the update will do ta whole lot of things, especially surrounding performance. We won’t list everything here, since the changes are far too large and numerous to list out here, but check the full patch notes for those details.

Instead lets focus on a couple of the big things, such as: “Fixed issue that caused singleplayer difficulty to impact multiplayer. Improved performance and stability. Various improvements to cinematic scenes. Conversation options will no longer appear “greyed out” if new content is available. Improved legibility of subtitles. Maximum Nexus Level increased to 29. And single player balance improvements at higher difficulties.”

These are among the massive list of changes that this patch implement across all platforms. Mixed into the huge list are a few platform specific updates. These include “fixed issue where dialogue choices would auto-select when using mouse and keyboard” and “improvements to display when running at different resolutions” on PC. PS4 got some as well with “fixed a crash that occurred when sitting in main menu for more than two minutes” and “fixed crash that occurred when moving from multiplayer back to the main menu” listed for that system.

Multiplayer also saw some changes across all three systems. Bioware listed the following: “Fixed issue where player would crouch repeatedly while interacting with device. Player’s deceased character no longer falls through the floor after an Ascendant attack in the extraction zone on Firebase Icebreaker. And improvements to reduce lag for players and hosts.”