Max Payne 3 looks to be a violent masterpiece 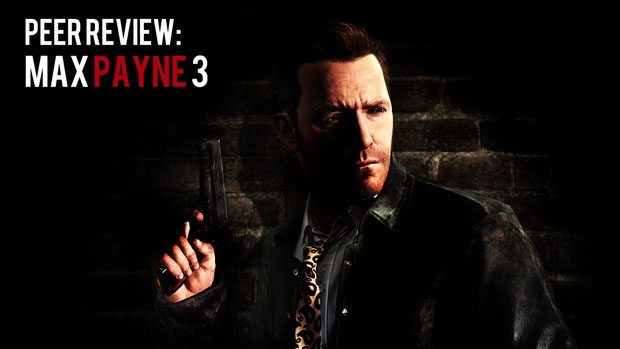 Max Payne 3 Reviews have begun to roll in, and by most accounts it’s a hyper-violent, ultra-stylized, ushering of the Max Payne franchise into the current generation. So basically, it’s what Rockstar promised all along in their first attempt at steering the franchise. Max Payne 3 launches at midnight on May 15th for the PlayStation 3 and Xbox 360, you’ll find a selection of reviews for the shooter below.

Game Informer – 93/100 – No matter what gameplay mode I chose, I had a great time playing Max Payne 3. The gameplay doesn’t explore new territory, but delivers a retro charm that fans of the series should appreciate. It’s a new day for Max Payne, and at the same time, a return to his glorious past. (more)

Strategy Informer – 90/100 – This is a consistently thrilling and explosive tale that states its case as one of 2012’s best. I’d be hard pushed to find a game that has made me scream with excitement on such a regular basis, as the compelling narrative and rewarding gunplay conglomerate into a truly spectacular product. Max Payne 3 lets you star in your favourite action movies, minus the Wahlberg. (more)

IGN – 90/100 – The gameplay is simple yet satisfying, but it’s entirely in the service of a strongly-authored narrative. Players aren’t at the liberty to roam, to explore, or to shake things up. Some might find this too controlling, but in return for your freedom, you’re rewarded with a mature genre piece which is also a finely-realised character study. (more

CVG – 80/100 – In the end, it’s the polish and production values that will keep you playing. It only does one thing, but it at least does it extremely well, and the action is backed by a spectacular, ethereal score from noise-rock band HEALTH. Fans will miss the oddball, fourth wall-shattering humour, but there are enough references to keep us sweet – the classic theme tune, James McCaffrey’s gravelly narration, the ugly tie – and Max Payne 3 remains, in most respects, a quality shooter. Just prepare for the long haul – and don’t expect any great depth or variety along the way. (more)

Giant Bomb – 80/100 – Rockstar has taken a lot of risks in the ways it has reshaped the series with Max Payne 3, and there’s something to be said for opting out of the easy route. The aesthetic overhaul is certainly the most noticeable, though there’s no understating the impact that certain gameplay modernizations have had on the experience. While fans might have a hard time processing the dramatic change in tone, it’s approached with a seriousness and conviction that I respect, and frankly, have come to expect from Rockstar. (more)

Game Trailers – 76/100 – The fabeled Max Payne is still capable of getting the job done, but he has a bit hard time fitting into the framework he’s been given here. Attempting a character study of a deeply flawed action hero is an interesting gamble that just doesn’t pay off. The single player experience continually struggles with leveraging the character’s identity or unique skills. So, it’s got some issues. That said, the surprisingly entertaining multiplayer and a virtuoso treatment of extreme violence stand out as legitimate highpoints. It all basically comes down to your tolerance for pain. (more)

Edge Magazine – 70/100 – Max Payne 3 might solve the problem of how you manage to reload when carrying more than one gun, but detailing alone can’t change the fact that this is a surprisingly conservative game from Rockstar. Its absorption of cover mechanics makes Payne feel more familiar than he should, but even then his signature tricks are over a decade old. This is a game about a world-weary killer doing the only thing he knows how to, and for all its spectacular action beats there’s something apt about Max’s fatigue. (more)