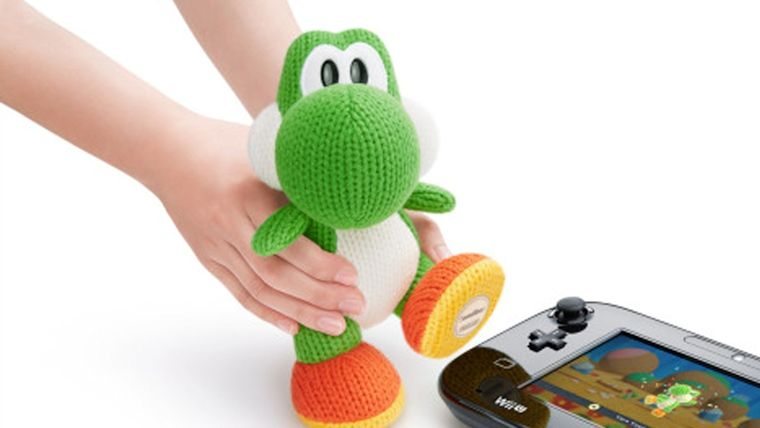 Nintendo’s amiibo output has definitely gone down since the winding down of the Super Smash Bros. line started last year, with only a few DLC characters to go. More specialized series are bound to come like the just announced Kirby one, but now Toys R Us is holding a restock for one of the hardest to get from the end of last year, Mega Yarn Yoshi.

Yoshi’s Woolly World released last October in the US and saw the release of three regular sized Yarn Yoshi amiibo alongside it. A month later, the much larger Mega Yarn Yoshi was released in very limited quantities as a Toys R Us exclusive and sold out around opening at most locations.

Due to how rare Mega Yarn Yoshi became, people either had to import from another country or hope for a restock. Thankfully, that restock is finally about here as Toys R Us announced on their official Twitter this morning.

“On 3/20 we’re hatching something big–the return of Mega Yarn Yoshi! In stores only, quantities eggs-tremely limited!”

Toys R Us was obviously feeling the puns with this tweet, but Mega Yarn Yoshi’s restock coming just before Easter does make a lot of sense with the egg theme.

Even though this says March 20, you may want to keep checking with your Toys R Us store to make sure they don’t get them early and sell. While the other exclusive restocks like Villager were register locked to the date they said, some were reporting on the amiibo subreddit that stores were getting them earlier and could be selling them.

Hopefully this official announcement with a date may mean that they have dated it in the register to where they can’t be sold before. If any other details come about on this, we’ll be sure to let you know so you can get your Mega Yarn Yoshi amiibo.