Was a new Metal Gear game secretly revealed at the VGAs?

The latest news in the world of video games at Attack of the Fanboy
December 8th, 2012 by William Schwartz 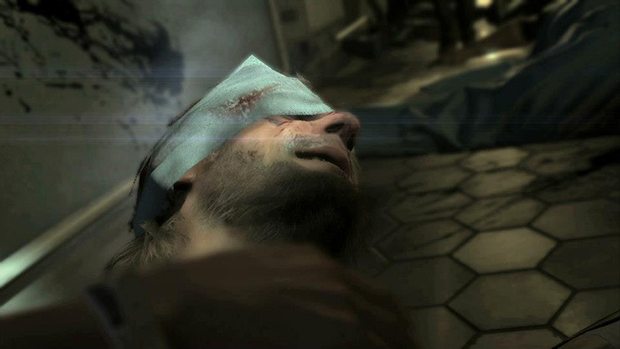 Early in this year’s Spike Video Game Awards show a new title was revealed as The Phantom Pain from Moby Dick Studio.  It was strange trailer with an assortment of imagery,  some which looked eerily similar to the Metal Gear franchise.  Commentators on the show even noted the similarities, which prompted the gaming age forums to do a little digging.

What they found in examining the trailer more closely is that this could very well be something in the Metal Gear franchise.  Some of the evidence that points towards Kojima and company is pretty damning.

The CEO of Moby Dick Studio’s name is Joakim Mogren, and a simple rearrangement of the letters in the first name spell out Kojima, which was prominently featured in the trailer.  The last name is also up for speculation as it contains the word OGRE, which was said to be a super secretive project that Kojima is working on for the Fox Engine.

Looking at the trailer in frame by frame analysis, you’ll also find characters that look surprisingly similar to characters from the Metal Gear franchise, which include Snake, Volgrin, and Psycho Mantis.  Konami is yet to confirm or deny this being an elaborate scheme to drum up even more interest for Ground Zeroes, which went dark after its reveal earlier this year.