Metal Gear Solid on NGP(PSP2) is as good as PS3 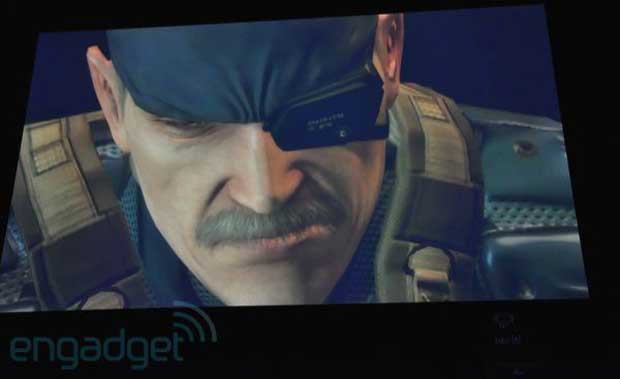 Hideo Kojima took the stage to address the audience at the PlayStation Meeting 2011 he told the audience “On NGP, we can enjoy the same quality as PS3,”  Claiming that Metal Gear Solid Peacewalker was a prelude of bigger and better things to come.

Although he did not reveal what this “dream project” he claimed to be working on was, he did say that it would be announced at E3 2011.

We missed our flight so we had to sit this year’s PlayStation Meeting out, but thank goodness for small blogs like Engadget.  They were there and captured some stills from the Metal Gear Solid demonstration, and yes that’s running on the NGP and not the PS3.