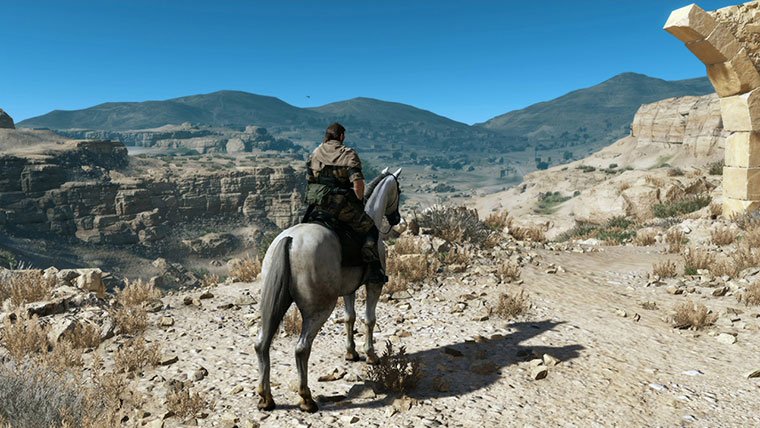 Metal Gear Solid V creator, Hideo Kojima, is excited about the Xbox One.  With the next installment in the series headed to the console, the legendary developer is exploring all of the possibilities that the new hardware arrives with.  Speaking in a recent interview, Kojima explained that both the power of the sytem and its second screen features and Kinect functionality will make Metal Gear Solid fans have a better experience on the Xbox One.

“I am really looking forward to the graphics power it is capable of, ” said Kojima about the Xbox One.  But it’s not just raw power that the developer is fond of.  He also thinks that Kinect and Smart Glass will be beneficial to the franchise, but he made no mention of how they’ll be included in Metal Gear Solid V: The Phantom Pain.

“The Kinect itself brings a lot of different capabilities as well, and I will like to see what I can do with the voice command.”  As for smart glass, Kojima sees it as a way for “different devices to bring the hardcore gameplay to a different kind of media,” something that the developer is “excited for”.

Metal Gear Solid V kicked off the Microsoft press conference at E3 2013.  The long-running franchise has traditionally arrived exclusively for the PlayStation family of consoles. It’s odd that Kojima Productions and Konami are bringing the fifth installment out on the Xbox One, if only because of the insane story-line that only the truly dedicated Metal Gear fans can piece together.  Will Xbox One players welcome the Solid franchise with open arms?  The Metal Gear Solid V trailer that opened E3 for Microsoft was a crowd pleaser, and offer a glimpse at the future for Xbox One owners.

Metal Gear Solid V is slated to release in 2014 on the Xbox One.