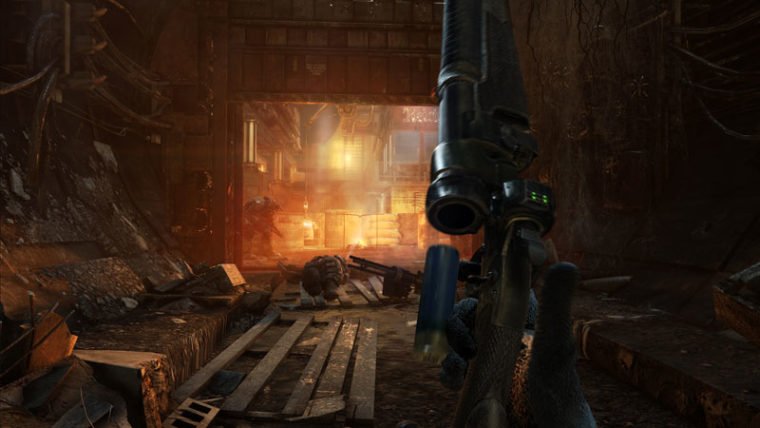 THQ has released a batch of new screenshots for Metro: Last Light coming out of the Tokyo Game Show.  The direct sequel to Metro 2033, picks up in the underground Metro tunnels in the year 2034.  Mutants stalk their prey under the desolate surface of the earth, where humanity’s last factions have took to survive.

Playing the role of Artyom, you’ll navigate this deadly fictional future, finding that you not only have these mutants to deal with, but a brewing cival war among survivors as well.