You can thank Microsoft for the Halo movie being scrapped 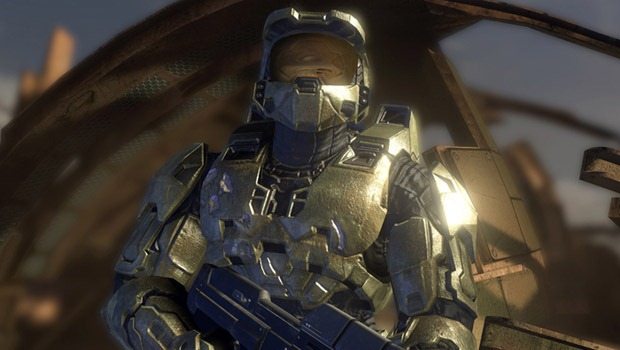 There was a time not too long ago that Hollywood was abuzz with Halo fever. The Halo film project was the talk of Tinsel Town and had set the Internet ablaze with rumors and speculated reports after it was rumored that Ridley Scott, famed director of Alien, would be venturing back into space to give the Halo franchise the movie it deserved. After later reports stated Guillermo del Toro was tied to the project, it was finally confirmed that Peter Jackson expressed heavy interest in making the dream a reality. Several years and Halo themed media endeavors later, fans have yet to see Master Chief up on the big screen. Why is that, you ask? According to writer Jamie Russell and his new book, Generation Xbox: How Videogames Invaded Hollywood, Microsoft deserves the majority of the blame because they simply could not put their ego aside and put the fate of their exclusive masterpiece’s trip to Hollywood in the hands of another.

According to the excerpt from the book that is now up on Wired, Microsoft was unable to grasp how a major Hollywood production worked from project inception to day one of filming. Essentially, Microsoft was unwilling to cope with the fact that there is no room on a film set for two creative visions. Microsoft wanted to be the end-all-be-all when it came to creating a Halo movie, but Larry Shapiro, former creator and chief of the Games Division of Creative Artists Agency (CAA), understood that such a demand was unattainable.

“To sell a movie into a studio and actually get it made is a lot of work,” Shapiro said. “It takes a lot of conversations and a lot of pixie dust being thrown about while you’re getting the deals done. In the games industry, they’re technologists and they’re data driven. They’re looking at data points and saying: ‘We need the movie to be made, it’s got to be this, this and this. If you get A, B and C to be part of the movie, then great we’ll sell you the rights.’ You can’t do that.”

After Alex Garland (wrote the screenplay for 28 Days Later) had adapted a full screenplay for the Halo film, Microsoft along with their team of lawyers and the CAA began to put together a list of very lofty terms. Shapiro put it into other words:

“We were literally setting out to be the richest, most lucrative rights deal in history in Hollywood. You have to remember that no property, not even Harry Potter, was getting what we were asking for.”

According to Variety, Microsoft wanted $10 million against 15% of the box office gross, in addition to a $75 million “below-the-line” budget and fast-tracked production.

The article states that initially, the CAA’s deal-making got Microsoft what they wanted. The problem? Microsoft’s demands were far from finished. According to the New York Times, Microsoft wanted creative approval over director and cast, plus 60 first-class plane tickets for Microsoft personnel and their guests to attend the premiere. Microsoft stated it would not put any money into the production itself beyond the fee paid to Garland, nor was it willing to sign over the merchandising rights. The company also wanted the winning studio to pay to fly one of its representatives from Seattle to LA so he/she would be able to oversee every cut of the movie during post-production. Ridiculous is an understatement.

Fox and Universal emerged as the top two contenders to land the blockbuster. The article claims Microsoft hoped to use
both studio’s offers as leverage, but they seriously underestimated the nature of Hollywood business. Fox and Universal would ultimately collaborate on the deal, offering Microsoft a much less lucrative offer than they wanted which would heavily piss-off the corporation giant.

It became clear that Microsoft wanted a big-name director to head the project as well, as if the Halo brand alone would not rake in absurd amounts of cash. Peter Jackson eventually decided not to direct, but to sign on as a co-producer. As a result, the name Neill Blomkamp was tossed into the mix, a South African up-and-comer who shot a number of big-budget commercials for the likes of Nike and others. Blomkamp had the passion and enthusiasm for the source material, telling co-Chairman of Fox Filmed Entertainment Tom Rothman that he was “genetically created to direct Halo.”

Blomkamp quickly came to the unfortunate conclusion that Fox did not want “his gritty, post-cyberpunk aesthetic” to characterize Halo‘s first venture to the Silver Screen. In this project, a director’s creative vision would be non-existent. With corporations like Fox and Microsoft breathing down your neck at every move, it’s no wonder that Blomkamp expressed his resentment toward Fox, saying:

“Rothman hated me, I think he would have gotten rid of me if he could have. The suits weren’t happy with the direction I was going. Thing was, though, I’d played Halo and I play videogames. I’m that generation more than they are and I know that my version of Halo would have been insanely cool. It was more fresh and potentially could have made more money than just a generic, boring film — something like G.I. Joe or some crap like that, that Hollywood produces.”

The article delves into some truly fascinating concepts including the still ever-present gap that exists between Hollywood and the gaming industry and the way in which each conducts business so differently from one another. It appears that what it boils down to is that Microsoft simply couldn’t wrap their heads around the fact that producing a film is a collaborative process which requires multiple parties giving input and taking feedback. Sure, egos and pride are two attributes that Hollywood will be forever intertwined with. But the way in which Microsoft came to town with guns blazing, completely unwilling to negotiate, seems ultimately how and why Halo has not come to a theater near you.

Yet it’s still hard to believe Microsoft has closed the book entirely on the concept of a Halo film. Halo is too gargantuan a franchise and it has a too loyal and massive fanbase to not allow it its due time on the big screen. It’s unquestionably the ideal summer blockbuster containing everything from the badness, faceless protagonist and deep sci-fi mythos to the Covenant – a race of sentient, hostile alien beings with little redemptive qualities. If Microsoft can set aside it’s ego, rook Garland into re-writing the script and reel in the right director, Halo still has the potential to give the gaming industry the film it has been waiting for.