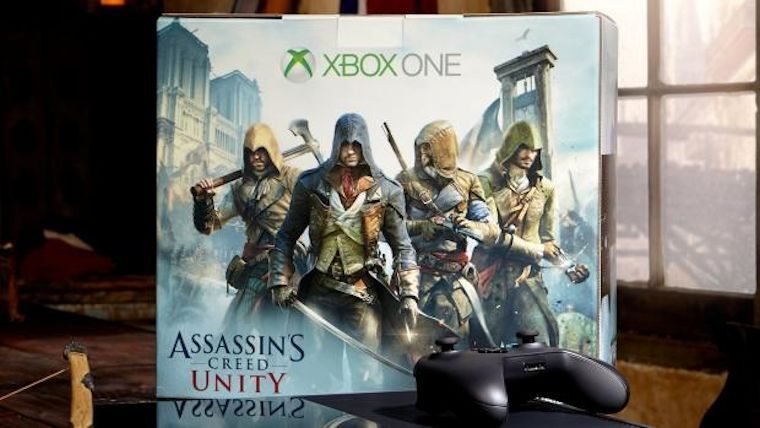 Tailing behind the PlayStation 4 for the entire last year, Microsoft is making grand attempts to get back to the top with the Xbox One this holiday season. After unbundling the console from the Kinect earlier in the year, we saw a special holiday price cut down to $349. On top of that, many retailers are reducing the price even further on Black Friday and another online retailer is stepping up to the plate with potentially the best deal so far.

Starting on Black Friday, November 27, on the Microsoft Store online, the Xbox One Assassin’s Creed Unity bundle will not only be $329.99, as with others, but also comes with a free game. The question of what this free game will be is the decision maker on if this is the best option or not. If gamers get to choose and includes options such as the still $59.99 Halo: The Master Chief Collection or Sunset Overdrive, this may be the best option around. However, if it is a cheap launch title or something, the other deals with a gift card will still be the better option.

For those interested, the same deal applies to the Assassin’s Creed Unity Xbox One Kinect bundle, but will be $100 more at $429.99. Hopefully more details will be revealed prior to next Friday, November 27 when the deal goes live.