Mighty No. 9 Gets An Animated Series And A New Fundraiser 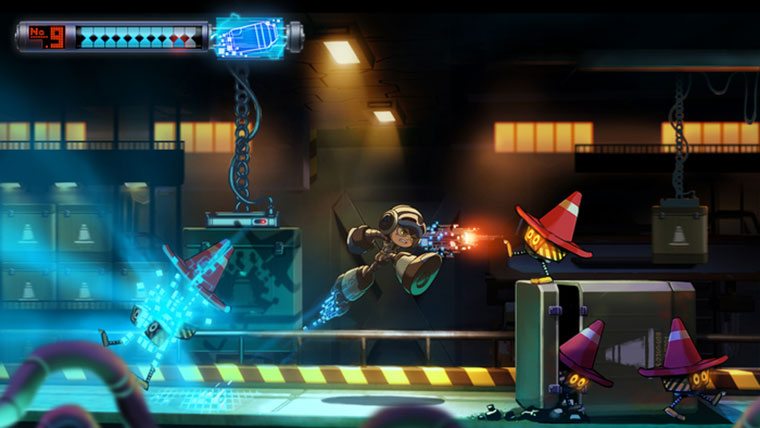 Mighty No. 9 the massively successful Kickstarter game from Mega Man creator Keiji Inafune, has made a big double announcement. First up, the game will have its own animated series to accompany it. Debuting in 2016 Mighty No. 9: The Animated Series is developed by Digital Frontier. It seems to follow a similar story to the game, and stars the same characters that propelled the Kickstarter to $3.8 million.

The story synopsis reads: “The story focuses on BECK, a weak transforming combat robot, who was made to fight in a combat robot league as a part of the MIGHTY NUMBERS, the strongest robots in the world. When Beck is the only robot spared from a virus that forces his teammates to destroy mankind, he has to find a way to overcome his own inadequacies so that he can stop them.”

The second announcement is that a new fundraiser has been launched for Mighty No. 9. Of course, with the original Kickstarter bringing in over 400% of their goal, they don’t need any more money for the original game or its stretch goals. Instead, this “Slacker Backer” project will go to funding additional content and features that weren’t covered already. Money raised during this new fundraiser will also not be going to support the animated series.

Apparently the team had been contacted by a lot of people who missed out on the original Kickstarter run and wanted in on the project, so this new fundraiser was developed. Exclusive Kickstarter rewards will not be offered during this fundraiser since those were meant as special rewards for early backers. However, there will be rewards you can get, such as early access to the game or digital art and strategy guides.

All funding is done through Paypal this time, so no overall goal is set. The current target is $100,000, which will give the game full English voice acting. More goals will be set as the project develops though, so keep checking to see if one piques your interest. The campaign has brought in just under $3000 so far, but with the success of the original Kickstarter that number will probably skyrocket at some point.

Mighty No. 9 will be released on PC, 3DS, Wii U, PS Vita, PS4, PS3, Xbox One, and Xbox 360 around April of 2015. The game is meant to be a spiritual successor to Inafune’s Mega Man which has not had a proper sequel in many years. Fans backed the project hoping that this might be a return to the classic platforming that they loved so much.

Home / Game News / Mighty No. 9 Gets An Animated Series And A New Fundraiser