Minecon 2015 Will Go On Despite Microsoft Acquisition 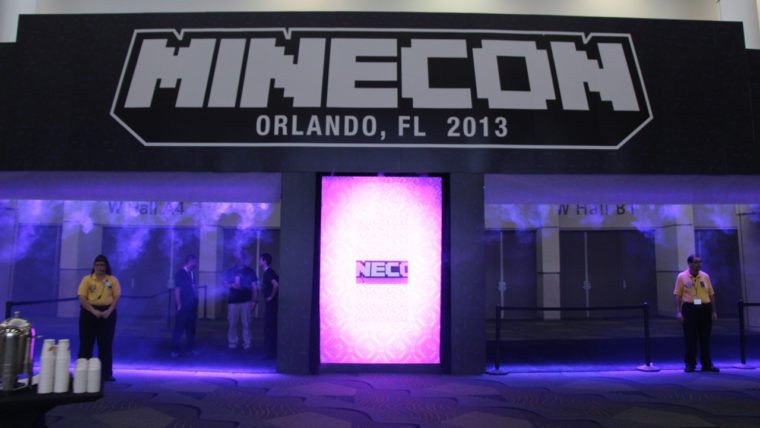 During the craziness that was the Microsoft acquisition of Minecraft and its developer Mojang yesterday, a small piece of news went a little overlooked. Microsoft confirmed that they will continue with the annual Minecraft convention for next year, Minecone 2015. Unfortunately Minecon 2014 is still not going to happen, as Mojang announced near the end of last month. This was likely due to the general uncertainty as they worked out the details of the buyout.

We’re excited to confirm that MINECON will continue next year.

In the original announcement Microsoft made yesterday they said “We’re excited to confirm that MINECON will continue next year. We’ll look to create even more ways for the vibrant community of YouTuber’s, innovators, bloggers and players to connect with each other – both in person and online. We will have much more to share in the coming months.”

With that confirmation the only questions left are, how might Microsoft change the convention and where will it take place. With Microsoft in charge of Minecraft and Minecon they will hopefully tap into their vast cash reserves to turn the convention into more of a major event. While past Minecons have been fun and full of fans, they have remained smaller affairs when compared to other conventions like SDCC and PAX. They could decide to keep it smaller though if they want to maintain the same atmosphere.

As for where Minecon 2015 might take place, that will likely be unveiled as we get closer to the official date. Previous Minecons have taken place in Las Vegas, Paris, and Orlando, so it could really go anywhere at this point. Rumors have pointed toward another visit to Europe, but Microsoft might push for it to remain in the US. Hopefully news hits soon now that the acquisition is public knowledge. Spring 2015 is still pretty far away, but fans need time to plan so the sooner the better.

Home / Game News / Minecon 2015 Will Go On Despite Microsoft Acquisition