The latest news in the world of video games at Attack of the Fanboy
July 3rd, 2014 by William Schwartz 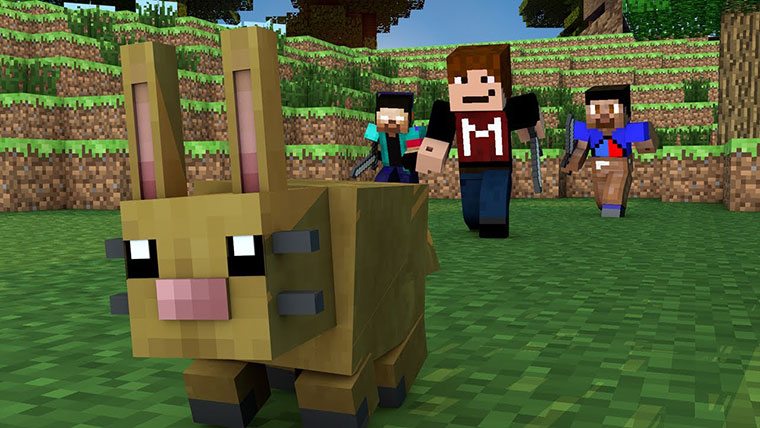 Mojang has released a new snapshot for Minecraft, and alongside the optimizations and bug fixes, it also introduces bunnies. The new furry creatures come in a number of varieties, they can be tamed with carrots, or killed for the leather, meat, or a rabbit’s foot (used in creating a potion of leaping).

According to the Minecraft Wiki there’s also a 1-1000 chance that a rabbit will spawn as a hostile. These hostile rabbits will attack anything in a four block radius, the Wiki also reveals that these hostile rabbits can quickly kill an unarmored player.

The update also does feature a number of bug fixes, a list of which can be found below.

This new snapshot is only available on PC.  So Minecraft players on the Xbox and PlayStation are going to have to wait a little while for 4J Studios to catch up for their own bunny action.  To access the snapshot, you’ll need to open the Minecraft launcher and create a new profile.  Call the profile snapshots and check the box that says “Enable experimental development snapshots.”