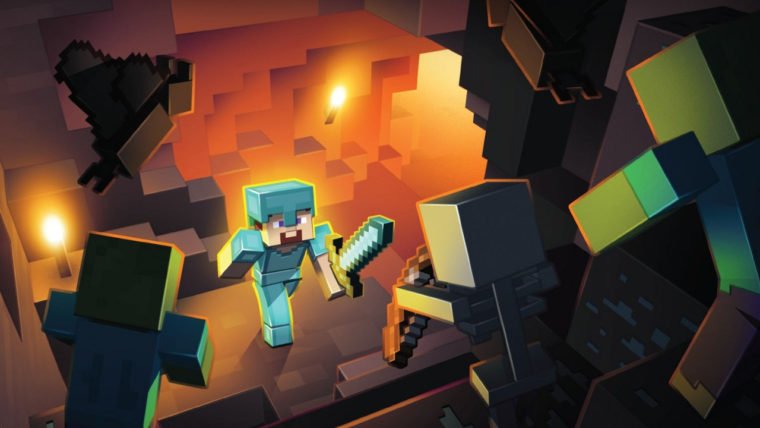 Sony has announced via the Playstation Blog that Minecraft: Playstation 4 Edition will be hitting retail stores on October 7th. This will be the first physical disc release for the new consoles, with the Xbox One version still planned to come out at an unknown time. Just like with the digital release players will be able to import their saves from the PS3 version if they wish to retain their old world.  Minecraft: Playstation 4 Edition features larger worlds and better draw distance when compared to the PS3 version, along with 1080p visuals.

We are pleased to announce the retail disc version of Minecraft: PS4 Edition will be available starting on October 7th

As with many releases these days there will be a day-one patch available which is said to “ensure you have the best Minecraft experience possible on the PS4″. Likely this is a simple bug fix update, like the one recently released that addresses save game transfers.

The other Playstation release coming for Minecraft is Minecraft: PS Vita Edition, which is close to being finished with development. The Playstation Blog made mention of this version by saying “In other Minecraft related news, for those waiting for the PS Vita Edition, we’ll have more information on this in a few weeks and will include all the proper info on how the cross-buy works between the PS3 and PS Vita Editions.” The cross-buy function unfortunately will not work with the PS4 edition. If you would like to own all three versions for some reason, the best value might be in getting the PS3 version, which will give you Minecraft: PS Vita Edition for free and allow you to upgrade to PS4 for $4.99.

While there were some concerns about the future of Minecraft on Playstation systems due to Microsoft’s recent acquisition of the property and its creator, it seems that all is well and no plans have been changed. That might not remain the same if Microsoft ever feels that it is time for Minecraft 2, but for now we are all good.