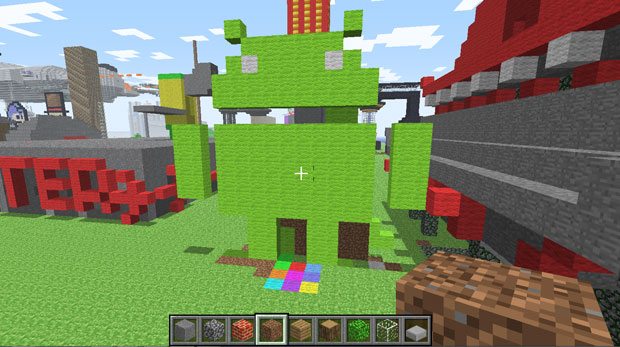 Minecraft has been available on the Xperia Play, and that exclusivity window is coming to an end.  Minecraft will be releasing to all Android devices on September 29th.  Since many Android devices don’t have the luxurious gamepad built into them and rely on touchscreen controls, the game will differ in a number of ways which Mojang detailed in a new video.

It all seems somewhat rudimentary compared to the PC version of the game, but when you’ve got to get your fix, Minecraft on Android seems good enough.  I’ve never played a touchscreen game where I finished and thought the controls were decent so pardon me for not being too excited about this just yet.  On a side note, Mojang also revealed that Minecraft is coming to iOS before years end.

We’ll have to wait until the 29th to get our hands on the game, but until then, you can see for yourself how the game plays out in the video below.