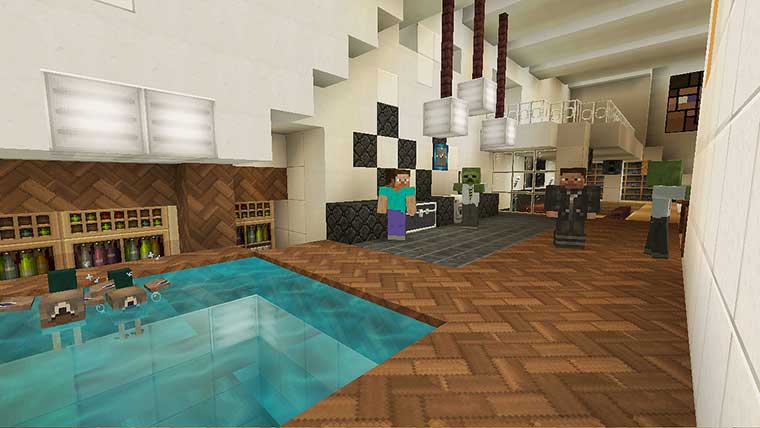 The latest update for Minecraft on the PS3 adds a bunch of new features, which includes Zombie Villagers, Ender Chests, Emeralds, and other gameplay items. It also makes available classic PlayStation characters with two skin packs, as well as a couple of new texture packs.

Nathan Drake of Uncharted, characters from Heavy Rain, Sly Cooper, and Killzone can be downloaded and used in the PlayStation version of the game.

PlayStation 3 Minecraft players can also add two new texture packs to the game, which include The City Texture Pack, and the Plastic Pack.