The latest news in the world of video games at Attack of the Fanboy
November 19th, 2015 by Kyle Hanson 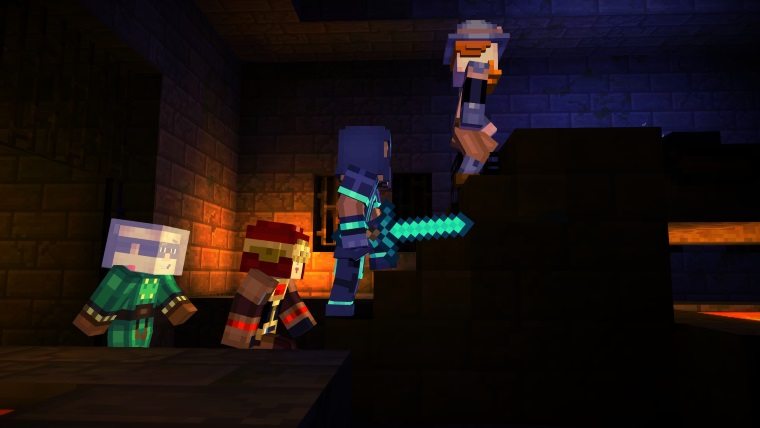 As we speculated on yesterday, it does seem like Telltale has a massively accelerated release schedule for Minecraft: Story Mode. Today they have announced that Minecraft: Story Mode Episode 3 “The Last Place You Look” will have a release date of November 24th across all platforms. This represents only a couple of weeks wait time between Episode 2 and Episode 3, a major shift for the episodic game developer.

“In Episode 3, trapped and running out of time, Jesse and crew must discover a means to locate Soren, the final member of the Order of the Stone. They’ll see sights and wonders beyond belief, including the horrors lurking beneath the starless sky of The End. Only Soren’s knowledge can help push back the all-consuming Witherstorm, but will it be enough to save the world?”

So far Minecraft: Story Mode has been a contentious topic for Telltale’s many fans. The developer had had a string of major successes, both critically and commercially. While Minecraft will certainly be a commercial hit, its reviews have been much lower than the developer usually garners. The third episode in a season has traditionally been one of the best for Telltale, so perhaps Minecraft: Story Mode is in for a revolution this time around.