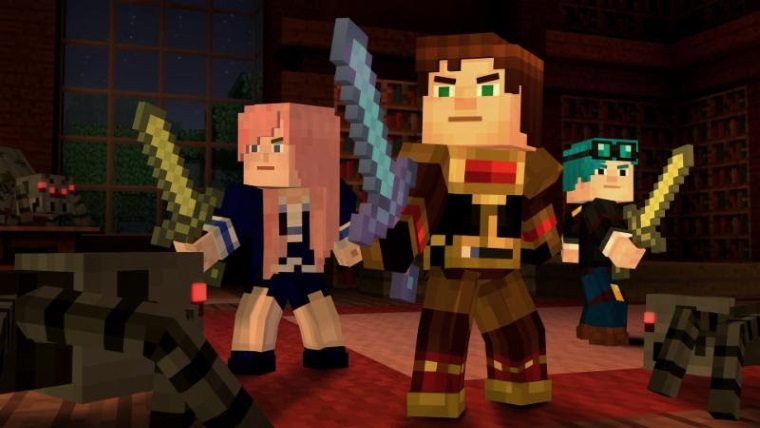 Telltale Games has set the final release date for Minecraft: Story Mode Episode 6 ‘A Portal to Mystery’. The new episode will hit on June 7th across Xbox 360, Xbox One, PS3, PS4, PC, and mobile. This is the first of three new adventures in the Mincraft: Story Mode world, with Episode 5 having set the stage for some pretty intriguing quests to come.

“In Episode 6: ‘A Portal to Mystery’, continuing their journey through the portal hallway, Jesse and crew land themselves in another strange new world – one completely overrun by zombies. With a timely invitation to take refuge in a spooky mansion, they find themselves thrown into a thrilling mystery alongside famous members of the Minecraft community.”

It seems like Telltale is really diving into the Minecraft universe a bit more with thse extra episodes, with promised guest stars like Joseph Garrett as Stampy Cat, Stacy Hinojosa as Stacy Plays, Dan Middleton as DanTDM (The Diamond Minecart), Lizzie Dwyer as LDShadowLady, and Jordan Maron as CaptainSparklez.

Each of these three new episodes will be available individually for $4.99, or as a set called the Minecraft: Story Mode Adventure Pass. The Adventure Pass gives you access to Episode 6, as well as the upcoming Episode 7 and 8.