Minecraft: Story Mode Episode 8 ‘A Journey’s End?’ Out Next Week 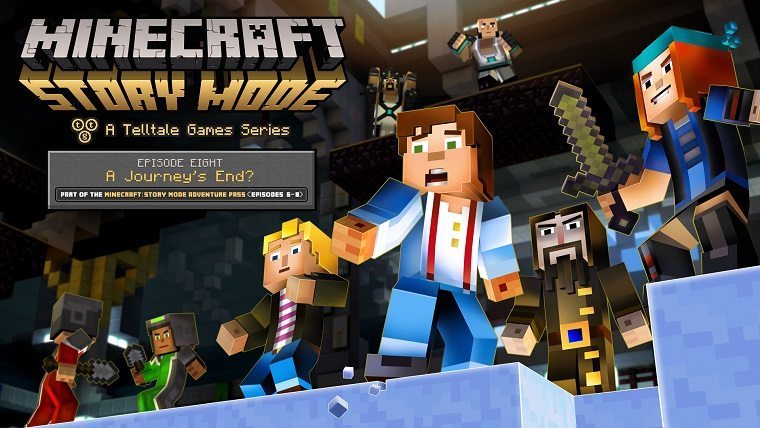 The third and final episode of Telltale Games’ Minecraft: Story Mode Adventure Pass add-on series has been revealed today, which is set to launch next week on September 13th for PC, PlayStation 4, Xbox One, PlayStation 3 and Xbox 360. It will also be coming to iOS and Android later that same week, with a Windows Store release coming at a later date.

You can buy the episode individually across all platforms for $4.99, though it will also be available as part of the $14.99 Adventure Pass that includes episodes 6, 7 and 8. However, users need to own at least Episode 1 in the series or the season pass disc to play episodes 6, 7 and 8.

Here’s the plot synopsis for episode 8:

“In Episode 8: ‘A Journey’s End?’, with Harper leading them to the world of the Old Builders, Jesse and crew finally have their chance to return home… but it won’t be easy, and the stakes are high. You’ll need to take on opponents in a series of gladiatorial games to win your freedom, save your friends, and maybe, just maybe, make it back to your own world!”

As for who the two special guest stars are, this time Jim Cummings and Kari Wahlgren will enter the fray as Hadrian and Mevia, respectively.