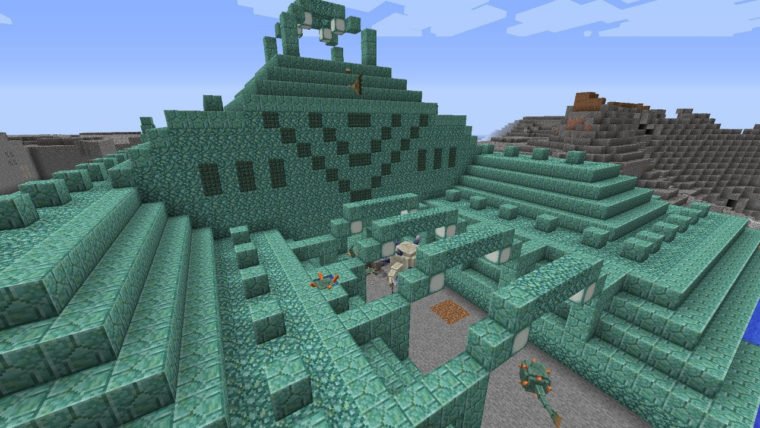 Minecraft’s 1.8 update, which is available today, is so big that Mojang is calling it “The Bountiful Update”. It contains a ton of tweaks and changes, but also throws in a whole bunch of new stuff to make your Minecraft experience better. Entire worlds will change thanks to new stone blocks and mobs, but mainly it is the new craftable items that will bring back fans who might have tired of the game recently.

While the added stone blocks of andesite, diorite, and granite are interesting they are largely decoration at this stage. Craftable items like the slime block, iron trapdoor, armor stands really mix things up along with a ton of multiplayer changes. Being able to fully delineate world borders and have them show up on other player’s screens as a visible wall will help with popular multiplayer modes like “The Hunger Games”. This is on top of the improved player list and added Spectator Mode which should make Minecraft tournaments and Twitch streams a lot more enjoyable.

The Ocean also saw a lot of changes with its own random occurrence being added in Minecraft 1.8. The Ocean Monument gets added in this update, giving players a reason to build boats and sail the sea. Along with the Ocean Monument comes new mobs and blocks, such as the Guardians and a fully-working sponge block.

Minecraft 1.8 “The Bountiful Update” is available today so get ready to start your new world and explore. Check out the full list of changes below or head over to the Minecraft wiki page to see if anything catches your eye: