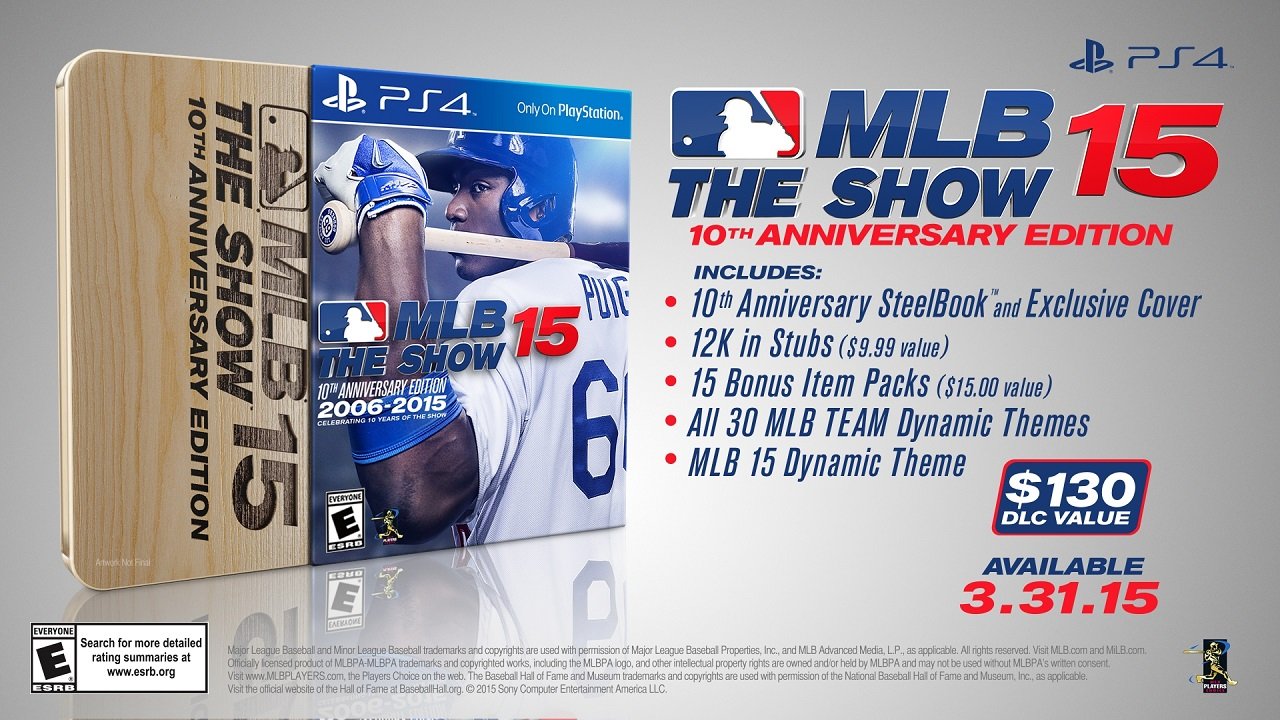 MLB 15: The Show may be the only officially licensed MLB title on the market but that doesn’t stop San Diego Studios from creating a great outing year after year. It has been revealed that a special 10th Anniversary edition will be released in a steelbook case with a bevy of DLC, all for only $10 more. Not a bad value at all.

Announced earlier today on the PlayStation Blog, MLB 15: The Show 10th Anniversary Edition will not only include the full game but also a reported $130 in DLC. This includes 12K in stubs, all 30 MLB teams’ dynamic themes, 15 bonus item packs, and the official MLB 15 dynamic theme. All wrapped up in the exclusive MLB 15: The Show wood grain steelbook case. Below is the price breakdown with the exception of the 30 MLB team’s dynamic themes which are about $3.49 each.

MLB 15: The Show 10th Anniversary Edition will retail for $69.99. If you choose to pre-order MLB 15: The Show digitally or at select retailers, you will receive a voucher for a free Dualshock 4 skin from SkinIt with the MLB team of your choosing. San Diego Studios will have a gameplay reveal for MLB 15: The Show later today on their Twitch channel.