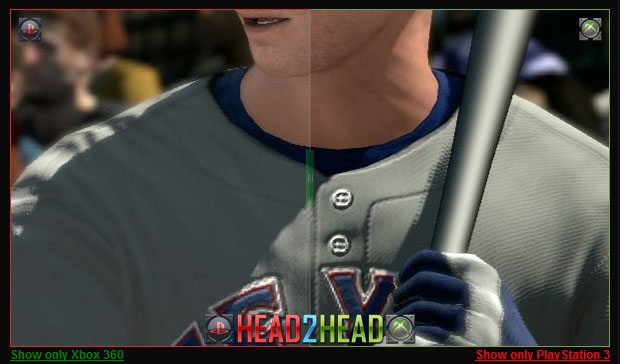 The guys at Lens of Truth have just completed their latest head to head comparison, and this week they are taking a look at MLB 2k11.  The game is scheduled for release this week so what better time to find out where your money is best spent.  There’s a host of screenshots comparing the two games, but it looks like the general consensus is that the Xbox 360 version of the game looks better than the two.

But don’t take our word for it, see for yourself over at Lens Of Truth .