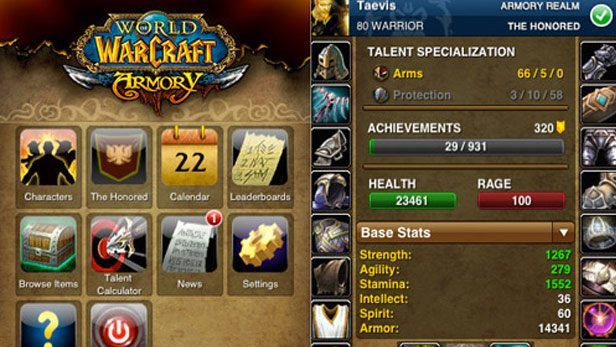 Blizzard has just released a free update to the World of Warcraft Mobile Armory.  This includes support for World of Warcraft: Cataclysm.  New items, goblin and worgen races, and new race/class combos.  The Mobile Armory has also been reskinned to match the makeover that World of Warcraft community site recieved.  Other various user interface improvements including readability and character switching are among the noteworthy features.

The WoW Mobile Armory App is available from the App Store on iPhone and iPod touch, for more information about the Mobile Armory HERE