Shipment fans will not be happy with this change. 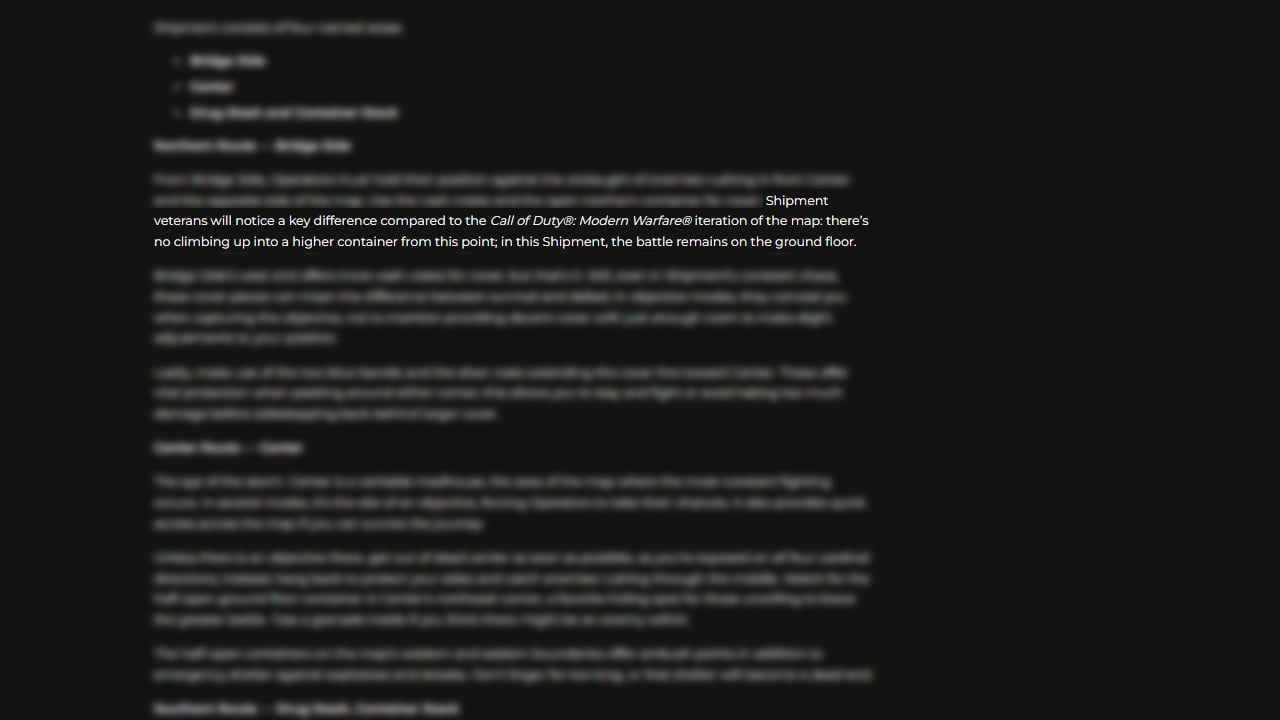 Modern Warfare 2‘s Shipment will return on December 14 as part of the Modern Warfare 2 Season 1 Reloaded. This map from the original Modern Warfare title became a fan favorite since its release. Now, veteran players will be able to experience it again with a disappointing nerf that may break the experience.

CharlieIntel, A known figure in the Call of Duty community, also tweeted the change shared in the blog post, and many players have been sharing their opinions about it ever since. Players are sharing mixed feelings about this change.

Some players are glad about the game, stating that in Modern Warfare 2019’s map version, players would camp on top of crates waiting for enemies to come to them. Camping is one of the most frowned-upon tactics in gaming, so any tweak or change that promises to reduce it is welcome.

Other players believe this change is another way developers are dropping the ball and harming the experience many players remember from playing the original title. Bringing maps from previous releases is one of the many ways developers appeal to nostalgia and bring many players who otherwise would not buy or launch the game.

A few Twitter users think that bringing an old map back into this new game is a waste of resources and time. Many Modern Warfare 2 players are tired of developers bringing content from past games. Many players are eager to get some original content into the game.

Modern Warfare 2 players were not happy with the lack of content across season one, and many of them are hoping for better additions in the next season. Players have been vocal about this issue, and any Modern Warfare 2 fan who frequents a subreddit or any group about the game can attest to the abundance of complaints about the lack of original content.