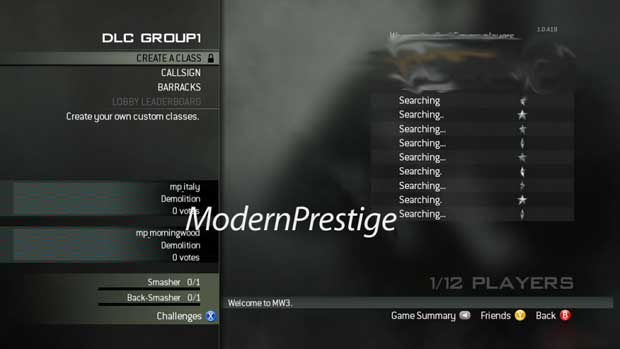 While it’s all just rumors for the time being, premium Call of Duty: Elite members on the Xbox 360 should be getting their hands on DLC in the near future. No announcements have been made about the content release schedule, but it was rumored to be a monthly perk for subscribing to the service. Whether or not the recent rocky start for Elite will have delayed an DLC plans has yet to be seen.

The rumor originated at Modern Prestige but heading to the url will shoot an error at you.